The pregnant woman who set her boyfriend’s house ablaze in Benue State, has claimed that he does not give her transport fare back to her village after every visit despite her condition.

It was reported that the incident happened in Achusah area of Makurdi, the state capital on Wednesday afternoon, April 21, while the boyfriend was away at work.

Speaking to DailyTrust  a witness who simply gave his name as Joseph, said the woman who frequently visited the man from her village complained that he does not give her transport fare back home.

She said that on several occasion she relied on her relatives to return home even now that she is pregnant for him. 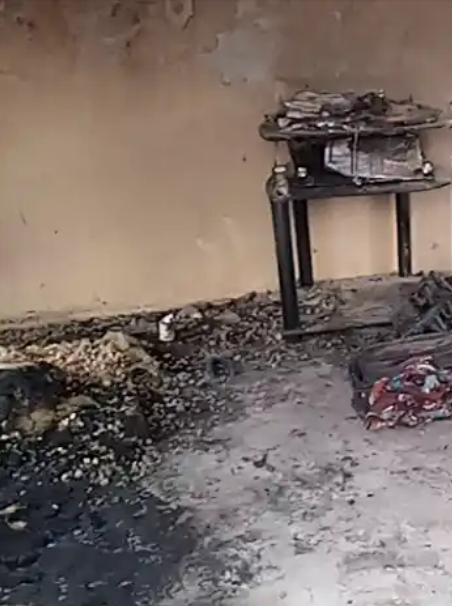 Joseph, who could not exactly ascertain the names of both lovers added that the lady had claimed they quarrelled on Tuesday night after she demanded transport fare to return to the village but partly settled the matter.

“Then the following morning, she waited for him to go to work, brought out her few belongings before setting the house on fire. Unfortunately for her, the residents apprehended her before she could disappear from sight. She was handed over to the vigilante but later when her boyfriend was called upon; the community prevailed on them to settle the matter quietly without involving the police,” Joseph explained. 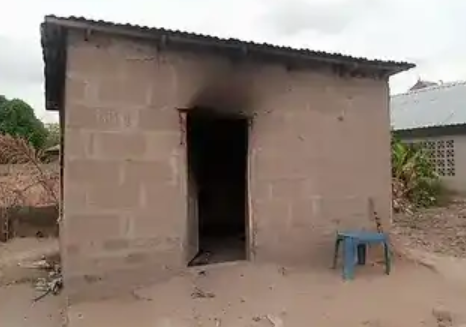 Another elderly resident who also witnessed the case buttressed Joseph’s narrative, stressing however that he does not know the whereabouts of the duo after they were let out of the vigilante’s hook.

“They no longer have a home so they may have gone to take refuge with relatives. Only the single room burnt with all property inside is remaining for onlookers to sight,” he said.