Nigerians are still not satisfied with the report released by the Lagos State Judicial Panel of Inquiry on Restitution for Victims of SARS Related Abuses and other matters over the killing of peaceful protesters at Lekki toll gate.

Justice Doris Okuwobi-led panel on Monday described the killing of the protesters in its report submitted to the Lagos State Government as a ‘massacre’.

According to the panel, at least 48 protesters were either shot dead, injured with bullets wounds or assaulted by soldiers who stormed the Lekki toll gate on October 20, 2020.

Meanwhile, Nigerians in their reaction to the report on social media want answers on who ordered the killings and which people were involved in the massacre.

Former Deputy Governor of the Central Bank of Nigeria, Kingsley Moghalu, in his reaction on Tuesday had called for the prosecution and punishment for people involved in the Lekki shooting of October 20, 2020.

Other Nigerians have insisted that the identity of the people behind the killing of innocent Nigerians at the Lekki Tollgate should be released. 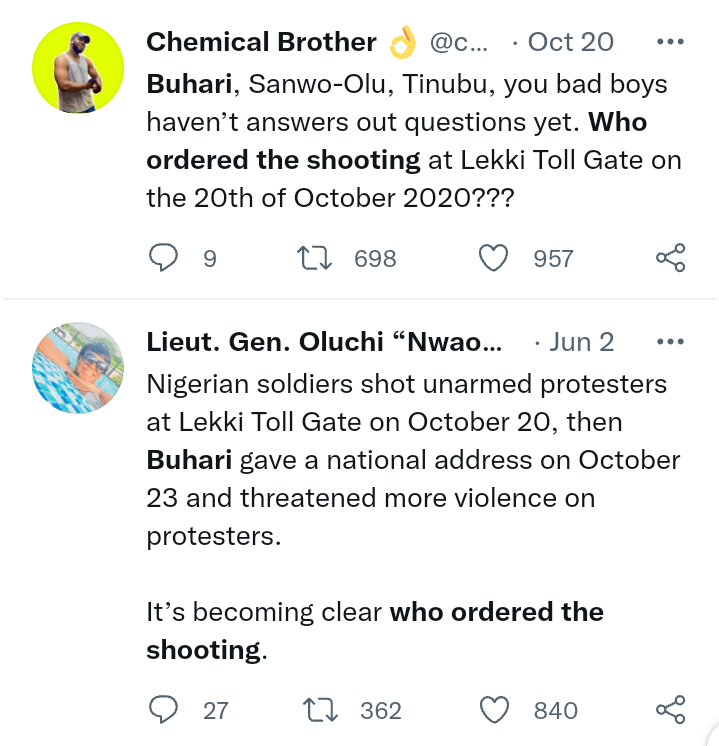 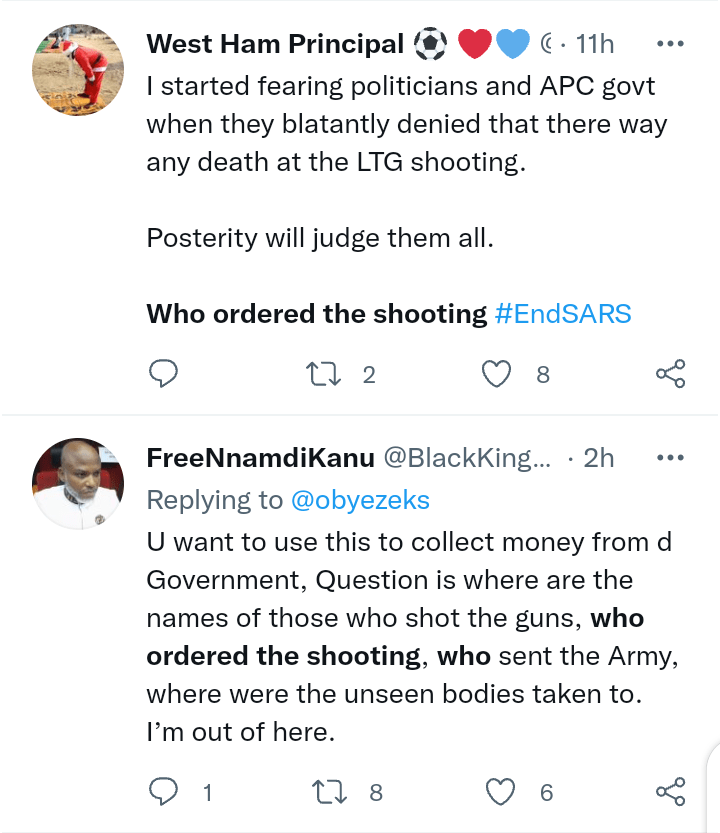 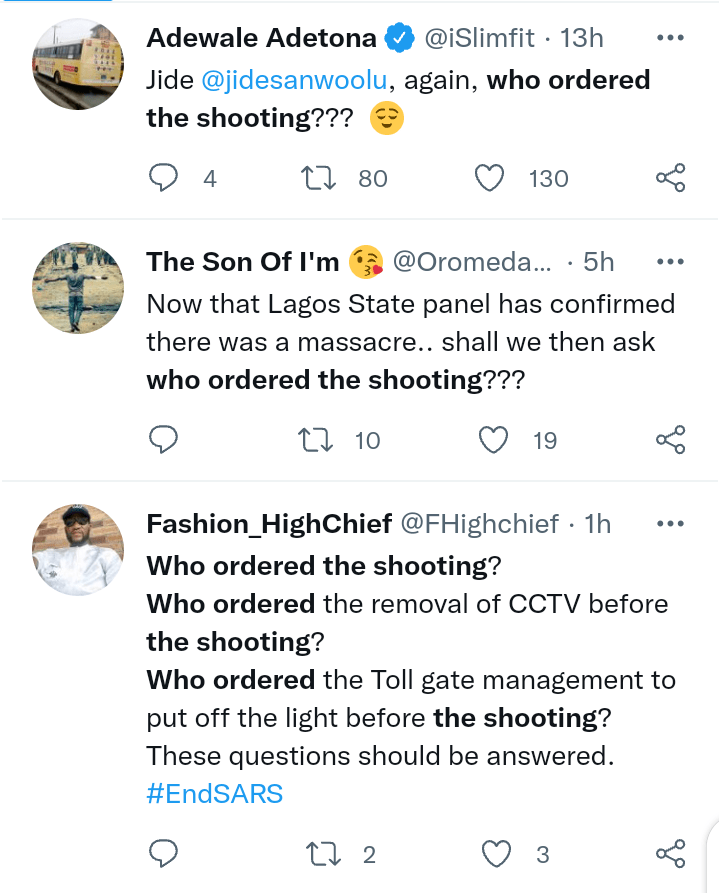 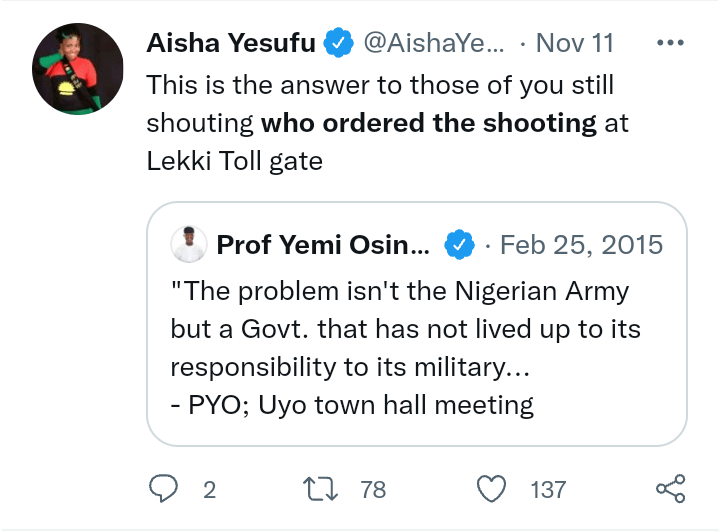 Police Warn NLC To Stay Away From Kaduna Over Planned Mega...