An elderly pastor was arrested on the streets of London for making “homophobic comments” and telling passers-by that same-sex couples were against “God’s created order”.

Pastor John Sherwood and Pastor Peter Simpson were preaching outside Uxbridge tube station in West London on Friday, April 23, when police officers were called on them.

Simpson said that he “began the preaching and referred to the grave abandonment by our nation of its Christian foundations, an abandonment which has manifested itself in, for example, the redefinition of marriage”.

Same-sex marriage, he said, was “an assault upon the Biblical revelation, which tells us that marriage can be only between one man and one woman”. 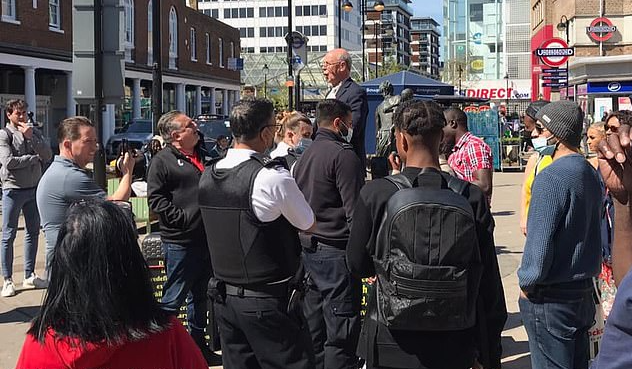 Sherwood, 71, then took over and began “expounding the final verses of Genesis 1”.

He told passers-by that families must be “headed by a father and a mother”, and that “the distinction within mankind of just two genders, male and female, made in the image of God, constitutes the essence of God’s created order”.

Police soon arrived at the scene, saying they have received complaints about “homophobic comments” made by the pastor that were causing “distress” to members of the public.

Officers were caught on video asking him to stop preaching against LGBT+ people, which he refused to do. 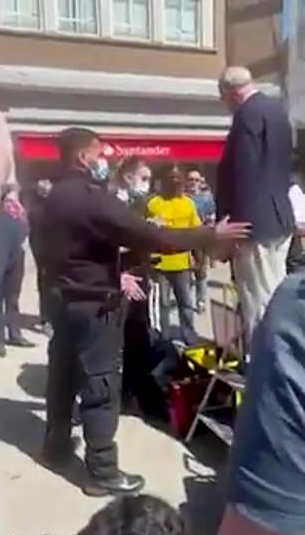 Sherwood was then told he was under arrest and was asked to come down from his step stool, which he also refused to do.

Onlookers can be heard shouting, “He’s an elderly man, take it easy with him.”

Read Also: DSIEC Election: A Punchline Of A Controversial Tale. By Daniel Njienue

Eventually, police took the man’s hands and guided him down, after which he tried to break free, before finally being put in handcuffs and taken to a police car. 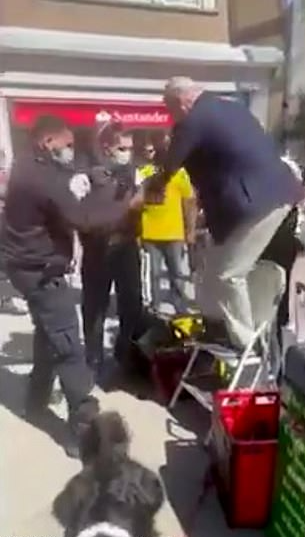 Mr Sherwood, a pastor for 35 years, said: “I wasn’t making any homophobic comments, I was just defining marriage as a relationship between a man and a woman. I was only saying what the Bible says – I wasn’t wanting to hurt anyone or cause offence.

“I was doing what my job description says, which is to preach the gospel in open air as well as in a church building.

“When the police approached me, I explained that I was exercising my religious liberty and my conscience. I was forcibly pulled down from the steps and suffered some injury to my wrist and to my elbow. I do believe I was treated shamefully. It should never have happened.”

Mr Sherwood, who preaches at an independent evangelical church in north London, was arrested under the Public Order Act for allegedly causing alarm or distress. He was released without charge but a file has now been passed to the Crown Prosecution Service for review.

The Metropolitan Police said a member of the public flagged down patrol officers and alleged Mr Sherwood had made homophobic comments.

Mr Sherwood said officers grilled him over his attitude to gay people. He was even asked what he would do if his children were gay.

The married father-of-two said: “The question was irrelevant to the allegation against me. I said I would seek to bring them to Christ, but of course I would love them no matter what, because they’re my children.”