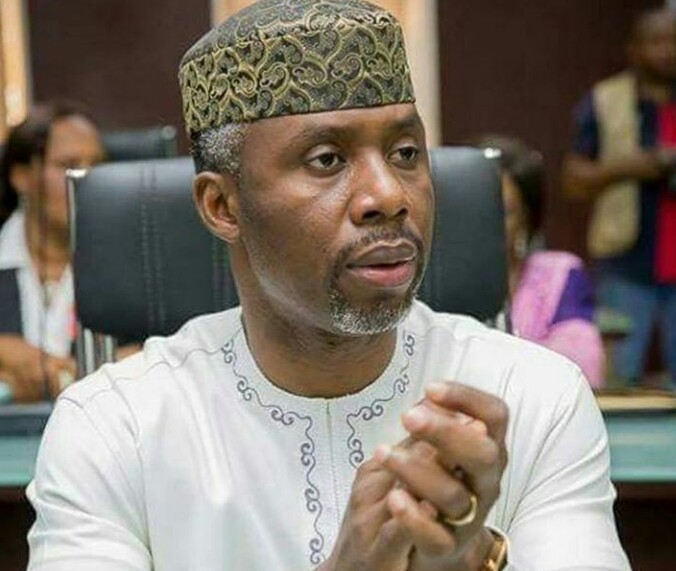 The recent abduction of AAC governorship candidate in the previous Imo governorship election, Mr. Uche Nwosu has been condemned by Mr. Carl Umegboro, a public affairs analyst stating that it was shocking that up till now, no strong explanation has been given to warrant such ill-treatment likened to a military junta.

In a statement on Friday in Abuja, the public affairs analyst said that the actions of the Nigerian Police at the Anglican church in Imo state looked like that of kidnappers, bandits and criminals adding that it was a national embarrassment and disgrace for the Police to act the way it did, and impudently owned up.

He said that no matter the political squabbles going on in Imo state, it is unjustifiable for a public institution as delicate as Police to become a tool of oppression for settling political scores, and wondered why the Imo State Commissioner of Police has not been queried and sanctioned accordingly including immediate redeployment.

Umegboro said that the excuse by the Inspector General of Police Usman Alkali Baba of having no knowledge is flimsy, absurd and inconsequential considering the volume of embarrassment the Police under his watch brought to the nation by the silly act even when federal government was marketing the nation in the international arenas.

Mr. Umegboro argued that irrespective of what may have transpired in the state during Rochas Okorocha’s administration as alleged, that they do not justify the Police intimidation and excesses witnessed in the state recently which may escalate to a worse situation if not controlled. He added that oppression and intimidation are not part of benefits offered to a state that belongs to a ruling party.

He therefore appealed to President Muhammadu Buhari to watch the video to see how his Police played a role of political thugs in a broad day which initially, was accurately reported in the media as kidnapping.

“The nation is no longer in a military era where oppression and intimidation against perceived enemies used to be the order of the day. Obviously, what Nigerian Police did in Imo state during a church service is a national embarrassment.

“In fact, President Muhammadu Buhari should watch the video to see how the Police under his watch bullied a citizen of the country convincingly to settle scores. If a citizen’s attention is needed by the Police, there are procedures to fetch the fellow, and not acting as witnessed which was similar to that of scripts in the Animal Farm by George Orwell”, the analyst fumed.

He queried the rationale for the traumatic action during a church service which put many including elderly people into severe fear even without any Police invitation extended to the victim earlier which showed that it was merely to cause embarrassments to the victim in the presence of his invitees and to frustrate the occasion.

“The question begging for answer is when has a church become the ideal place to arrest a citizen, sadly, one that was neither invited nor a warrant of arrest issued against, and then during a thanksgiving service in the church in honour of his deceased mother. From stories, nothing showed that Nwosu was at large, hence, unacceptable.

“Whatever issues going on between Senator Rochas Okorocha, the victim’s father in-law and the present government cannot justify the barbaric Police actions during a church service except the nation is going backwards. There are avenues to demand for stewardship from a former public officeholder, and not bullying. If not controlled, the ugly pattern could resuscitate, and who knows who will be the next target or victim, thereby destroying the gains of democracy. This is not about Rochas Okorocha but civility and nationalism.

“Essentially, we cannot be condemning bullying in secondary schools when those in authority openly promote and exhibit the same vices against political enemies. Recently, five ELAN engineers working on the AfDB project in Ebonyi state went missing only to hear from the Ebonyi State government that they were killed and buried, and nothing has been said about such barbarism. These are heights of irresponsibility”, Umegboro lamentably said.

IGP’s Office Is Not Governed By General Provision Of The Law,...