According to some social media users, the cleric’s whereabout is not known at the moment. 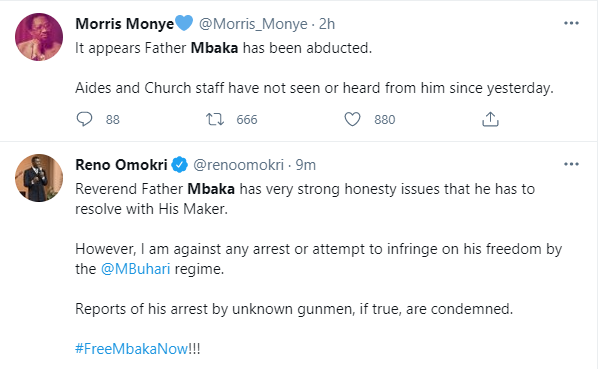 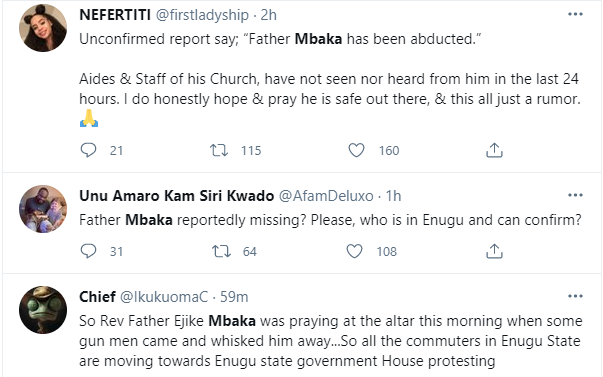 Ohanaeze Youth Congress has also given the federal government 48 hours to ”produce” the Enugu-based Catholic priest who called for the President’s impeachment or resignation days ago over insecurity.

The President-General of OYC, Mazi Okwu Nnabuike in a statement made available to Tribune on Wednesday May 5 said Mbaka was last seen on Tuesday May 4, and that efforts to locate him had failed.

Nnabuike said; “We have it on good authority that his aides have neither seen nor heard from him since Tuesday.

“Calls put to his mobile line have also remained unanswered; this has now prompted us to issue this alarm as we would not take it lightly should anything untoward happens to him.

“We are giving the Federal Government 48 hours to produce the priest, else they should be ready to face Igbo youths. They were dining and wining with him all along and now that he told the truth, they are no longer comfortable with him.

“Let nothing happen to Rev. Fr. Ejike Mbaka. It will not be in anybody’s interest.”