A member of the Delta State Anti-Cult Volunteer Corps has been arrested for allegedly raping a 19-year-old girl in Warri.

Civil rights activist, Comr. Israel Joe, who confirmed the incident in a statement on Friday, March 26, said that the suspect identified simply as Efe, raped the teenager inside an uncompleted building while his three friends watched.

Read Also: How 38-Year-Old Father Defiled Daughter From Age 1 Till 4 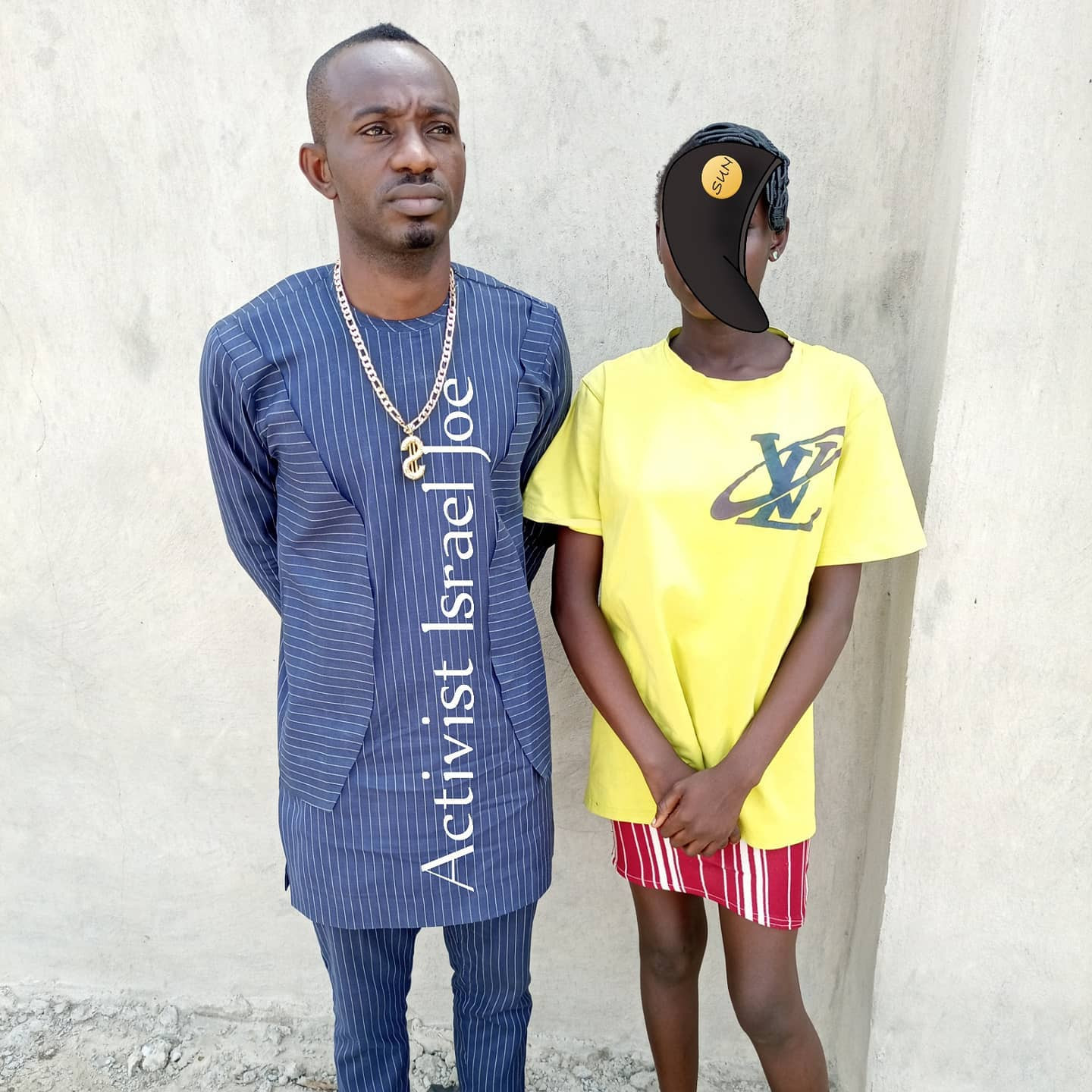 The activist with the rape victim

“Yesterday Thursday 25th March, at about 9:15pm, one Efe who is a member of the Delta State Anti-Cult in Warri has allegedly rape a 19 years old girl. The girl in her narration described her she stood in front of her compound at Apala, Warri before the anti cult men came to them and the suspect did not denied the offence either,”

“Four of the men came down from the tri-cycle (Keke). They pointed their guns at the guy standing close to the girl and dragged her into their Keke. Took her to an uncompleted Redeem Christian Church of God at Apala. She said only Efe raped her as she shouts but nobody came to her rescue while the other of his men watched.

“The guy whom they pointed their guns at, had raised an alarm and police from B Division Warri quickly trailed the suspects and arrested them. We had taken her to the hospital for test which proved the allegation pending justice from the court. The lady was hospitalized but gradually recuperating at the moment.

“The DPO B Division Warri, CSP Kelvin Zukumo has assured us that justice would be done in the light of truth and conscience. We have confidence in the sagacious officer who detest injustice and always stand for the truth. The world would be better when justice stands against injustice and human rights stand against human wrong.” 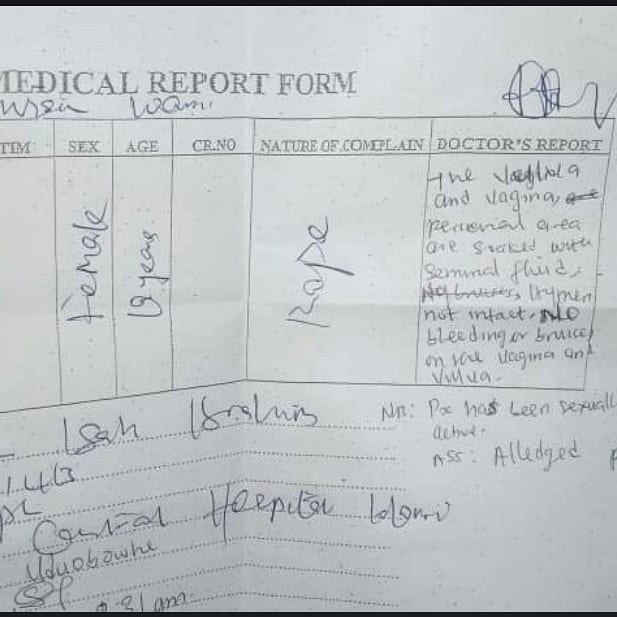 Medical report of the victim 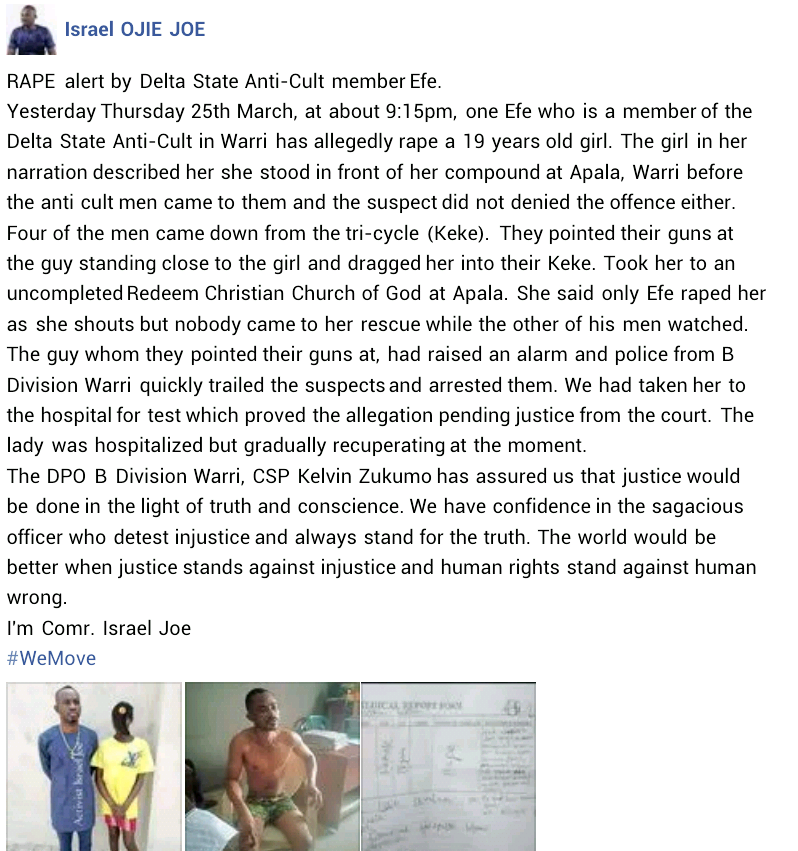 Why I Stabbed My Husband To Death – Pregnant Mother Of...

How My Father Was Shot, Burnt And Beheaded – Son Of...