The Delta State Police Command has arrested four suspected kidnappers involved in the abduction of one Mr William Aduwoma.

The victim was rescued from the kidnappers in a bush at Arhade community, Isoko North Local Government Area of the state by the Divisional police officer Ozoro, CSP Ogedengbe Areguamen and his men.

Acting spokesperson of the command, DSP Bright Edafe, who confirmed the latest development in a statement on Friday, April 2, said the suspects abandoned the victim and ran away due to the pressure from the police.

“The Commissioner of police Delta state ordered that those suspect must be arrested, so they can be made to face the law, the Divisional police officer Ozoro Division also did not relent,” Edafe stated.

“They have all confessed to be members of the gang that kidnap the said William Aduwoma who was earlier rescued by the police. Infinix Phone, Car key, belonging to the victim was recovered from them, also Daggers and charms were recovered from them.

“Effort is on top gear to arrest the fleeing members of the gang, and in no time, they will be arrested and brought to book.” 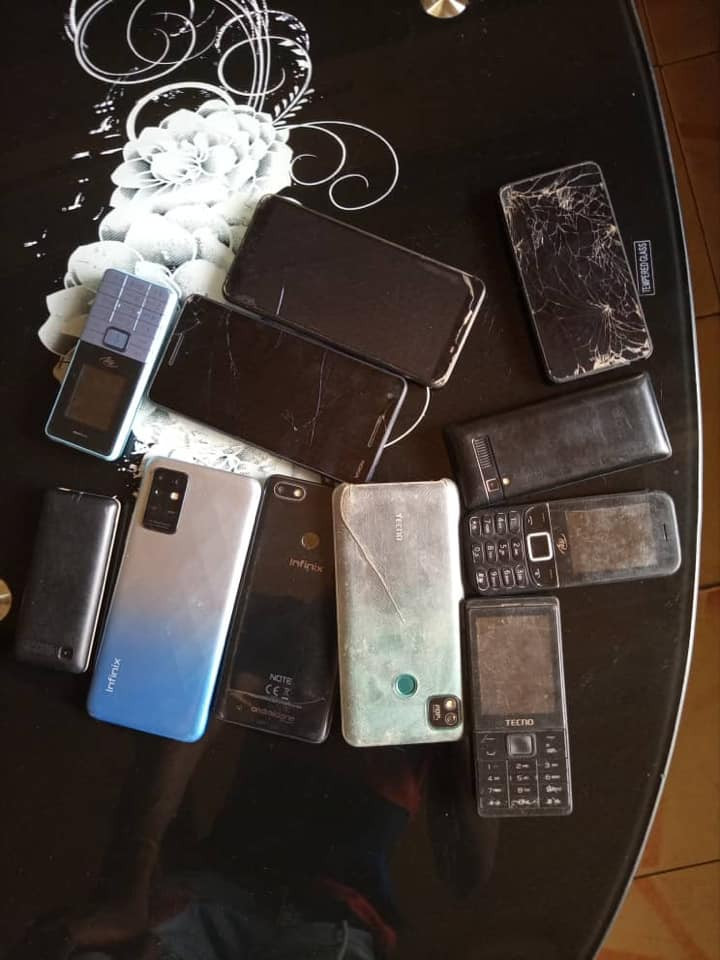 Man Commits Suicide In A Church In Port Harcourt

SLOT Driver Elopes With N5.95M Worth Of Phones