Operatives of the Rivers State Police Command have smashed a syndicate which specialised in manufacturing fake drinks and arrested one Akhayera Collins and Christian John.

Spokesperson of the command, SP. Nnamdi Omoni, who disclosed this in a statement on Monday, November 1, said that the suspects were arrested at their hideout in Rumuokoro, Obio/Akpo Local Government Area of the state based on credible information.

Omoni said that the suspects have confessed to the crime and would be charged to court at the conclusion of investigation. 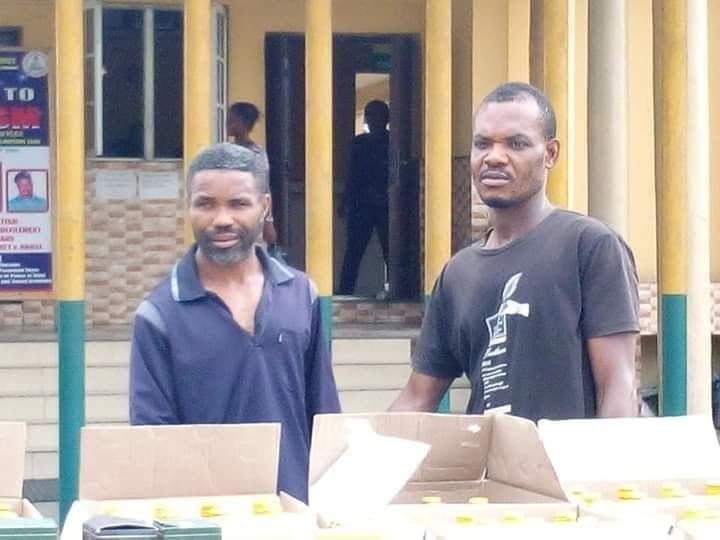 “On October 22, 2021 at about 3:30 p.m., operatives of Puff Adder, acting on credible information, led by the Commander SP. Noble Uwoh, stormed a hideout at Eligbolo Road, Rumuokoro, where they burst a syndicate that engages in the manufacture of fake drinks believed to be dangerous to public health,” he stated.

“In the course of the operation, two suspects were arrested, namely: Akhayera Collins (Male) 41yrs and Christian John (male), while others took to flight

“Exhibits recovered include assorted wines, spirits and several alcoholic beverages including empty bottles waiting to be filled with the poisonous liquid/substances

“They have made useful confessions and will be charged to court as soon as investigations are concluded.” 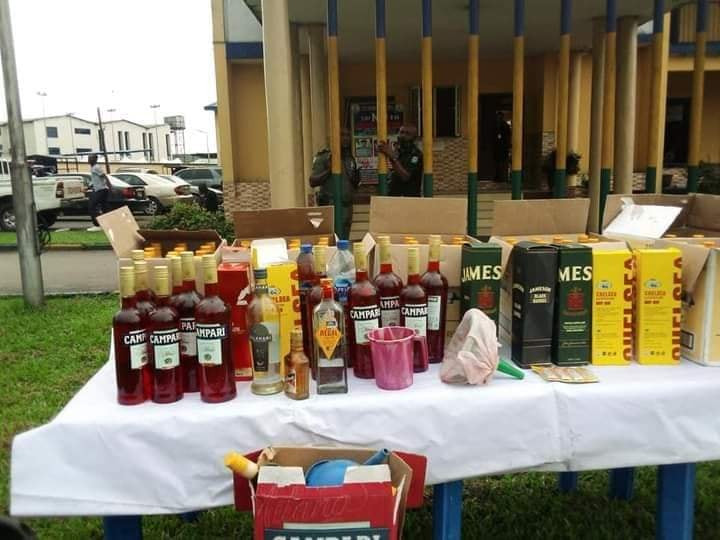 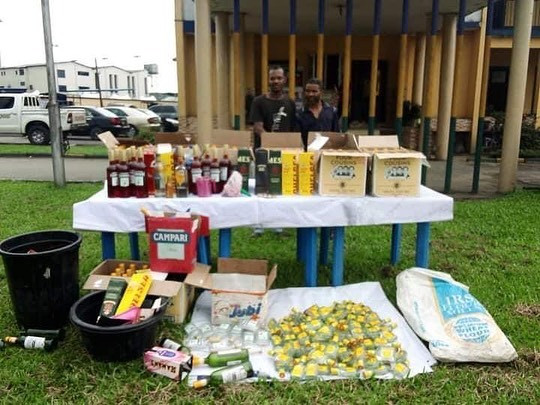 2 Men To Die By Hanging Over Death Of Their Uncle

Fake ‘Assistant Editor’ Of The News Arrested In Abeokuta