The General Overseer of the Living Faith Church, Bishop David Oyedepo alongside his wife, Faith on Wednesday paid a condolence visit to Pastor Taiwo Odukoya of the Fountain of Life Church, over the death of his wife.

We had earlier reported that the wife of Odukoya, Pastor Nomthi Rosemary Odukoya died on Tuesday after a two-year battle with cancer.

The bereaved Pastor confirmed the demise of his wife on his Instagram page on Tuesday, revealing that she died of cancer.

The founder of Winners Chapel Church was at the residence of the Odukoyas to commiserate with the family and was received by Pastor Taiwo.

Odukoya got married to Nomthi in 2010 after the death of his first wife, Bimbo, in the 2005 Sosoliso plane crash.

Nomthi, in her 11 years of marrying the cleric, had two sons for him: Jomiloju and Timilehin Odukoya. 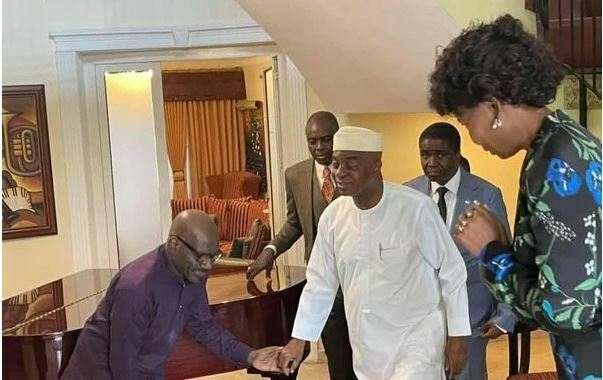 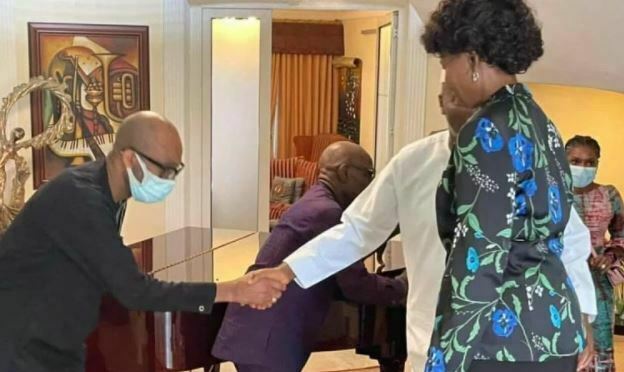 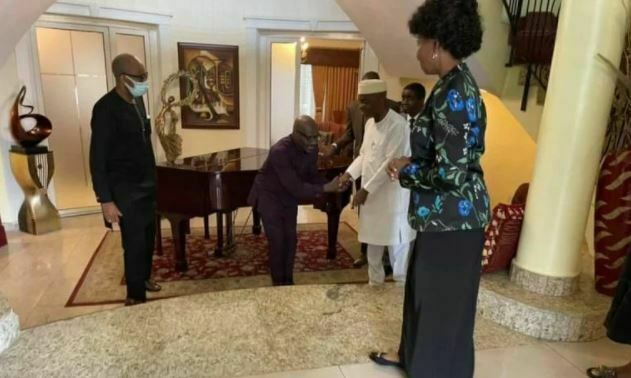 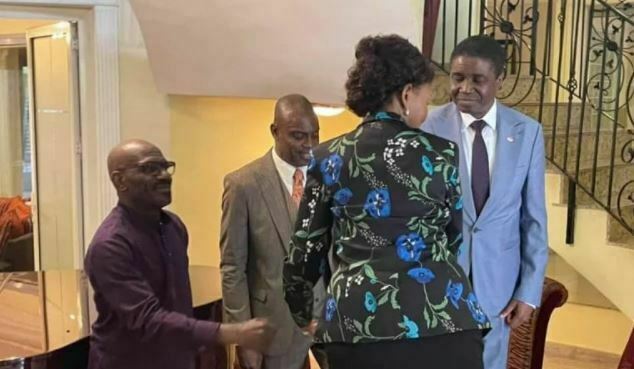 Photos From The Burial Of Dongote’s Brother, Sani In Kano

Oborevwori Greets Okpe Monarch On 14 Years On The Throne