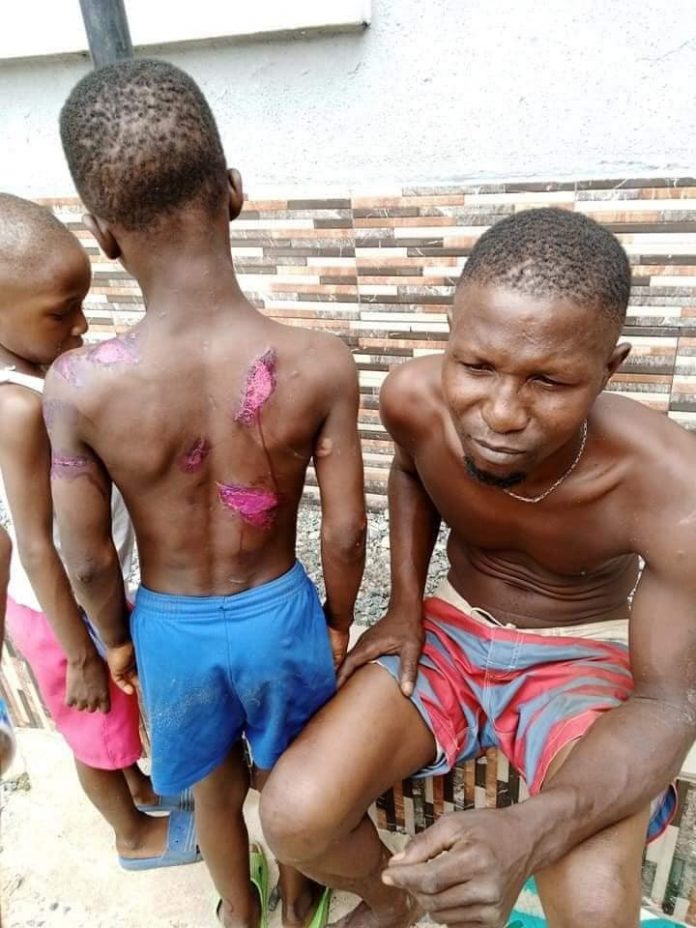 A man identified as Mr Wisdom has been arrested for using hot knife to brutalize his son.

Ejumudo said; “In another development a young boy. Efe Wisdom was beaten up by his father Mr wisdom in jeddo with hot knife and cutlass.”

Immediately we arrested the father and he’s cooling off in Orherokpe police station and the young boy was given medications and handed over to his uncle in Jeddo.

I want to thank the DPO Orerokpe division SP Ojo Oluwole for his swift response to ensure the father was arrested.

“Dear fathers even if you are no longer married to the mothers of this children,do not vent your frustrations and anger on them. Child abuse is a criminal offence and i condemn it in totality.” He said. 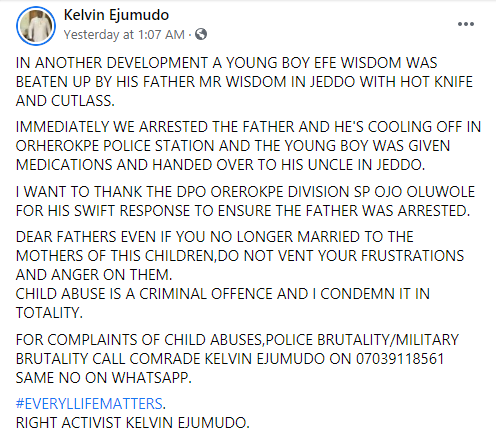 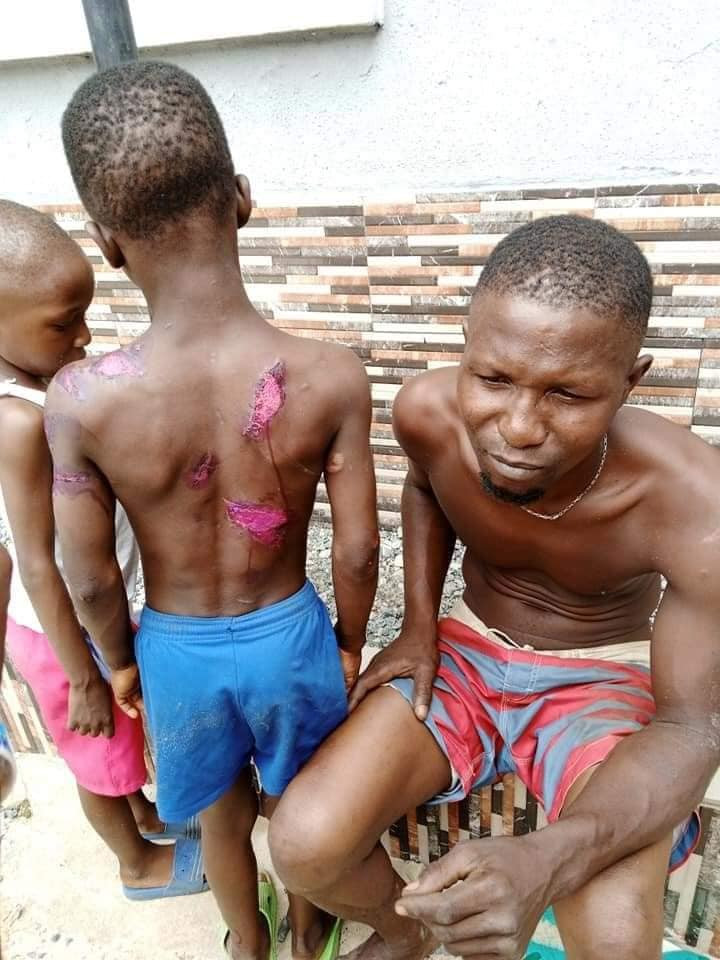 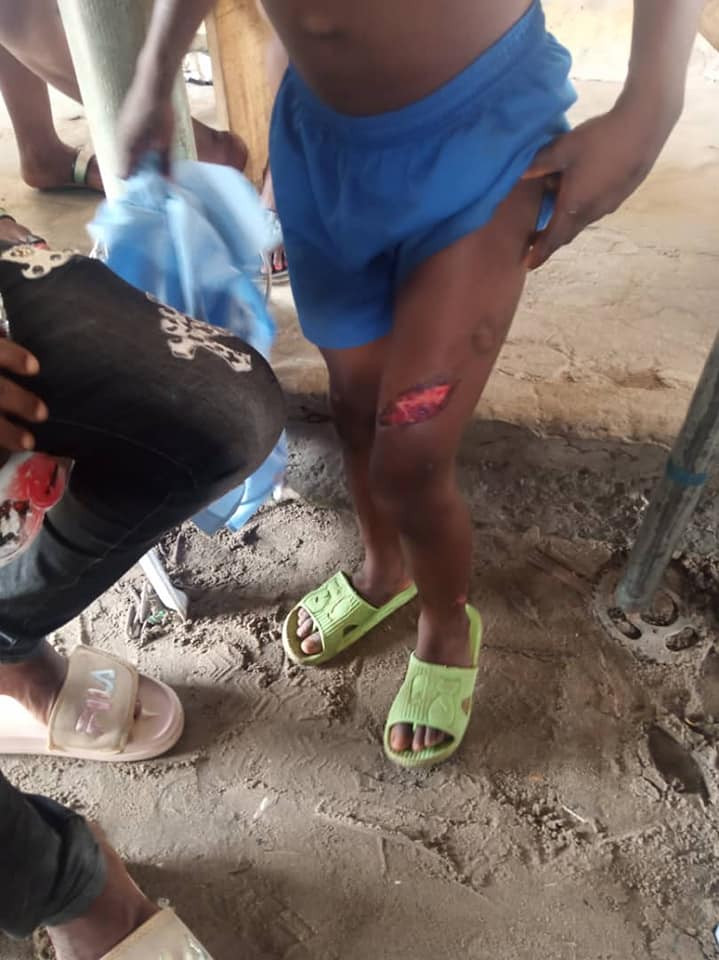