Photos shared online has captured moment Governor Babagana Zulum of Borno State stopped his convoy to assist some women and girls who were gathering firewood by the roadside.

Though the part of the state where this occurred is still unclear, the governor was seen surrounded by his security aides who helped the women. 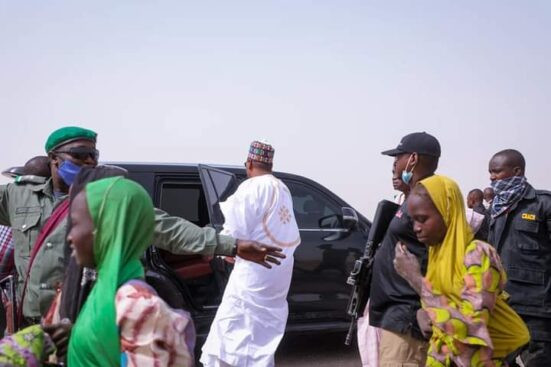 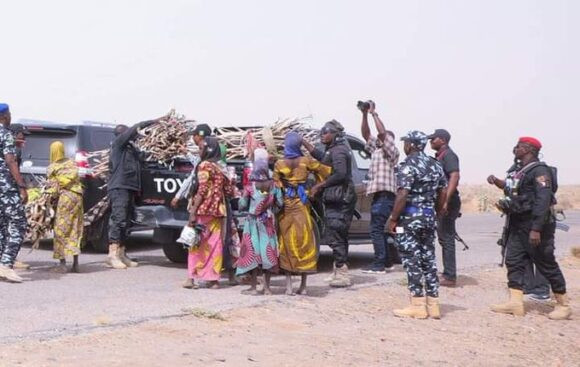 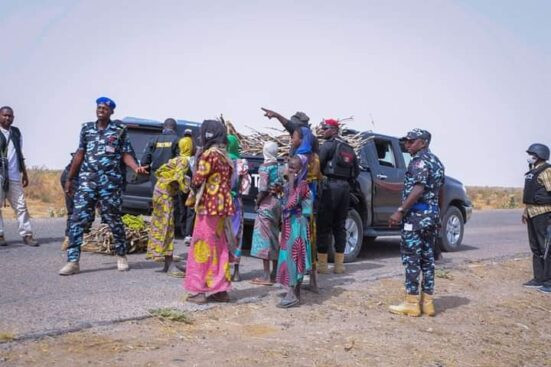 Police Beef Up Security Across The Nation