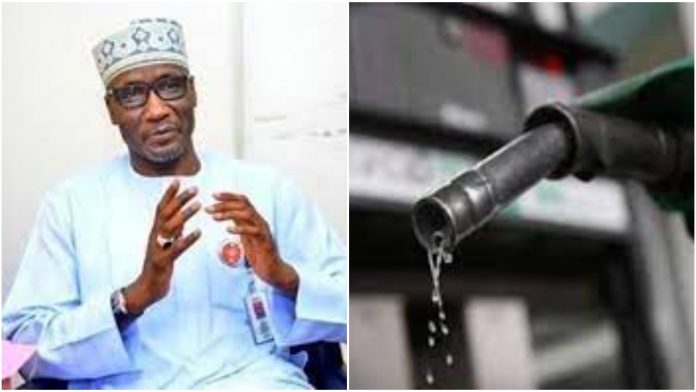 The group managing director of the Nigerian National Petrol Corporation (NNPC), Engr. Mele Kyari has disclosed that the federal government may be forced to increase the price of petrol again.

He made the disclosure during a statehouse press briefing on Thursday.

According to him, it no longer makes sense for NNPC to import petrol at market price and sell at N162 per litre. He added further that the actual market price should be between N211 and N234 per litre.

The NNPC boss stated that the government can no longer bear the burden of the difference between the actual market price and what Nigerians are paying for petrol.

He, therefore, argued that the amount would still remain one of the cheapest in the region.

In his words: “NNPC importing PMS at market price & selling at N162/L. Actual market price should be between N211 and N234/L. Meaning is that consumers are not paying market price. The difference is being carried in the books of NNPC, and we may no longer be able to carry that burden.”

He added that NNPC is “currently the sole importer of PMS, and we’re trying to exit the underpriced sale of PMS. Eventual exit is inevitable, when it will happen I cannot say, but engagements are ongoing because government is cognisant of the implications.”

“Nigeria’s current PMS consumption – i.e. evacuation from NNPC depots – is about 60 million Litres per day. Cheapest PMS price in any of our neighbours is above N300 per Litre, up to N500 in some countries,” he noted.