The Enugu State Police Command says it has started investigation into the alleged murder of a young man identified as Stephen Ajah in Nkanu West local government area of the state.

Spokesperson of the command, Daniel Ndukwe, in a statement to journalists in Enugu, said the lifeless body was found on the Ozalla-Agbani Road in the early hours of Monday October 11.

“There was a reported case of murder of a young man identified as Stephen Ajah, along Ozalla-Agbani Road in Nkanu West Local Government Area by yet-to-be identified armed men,” he stated.

“The lifeless body of the said young man was rushed to the hospital by police operatives, where he was confirmed dead by a doctor on duty and his corpse deposited in the mortuary for preservation and autopsy.”

The PPRO said the command has launched an investigation with a view to apprehend the perpetrators of the homicide. 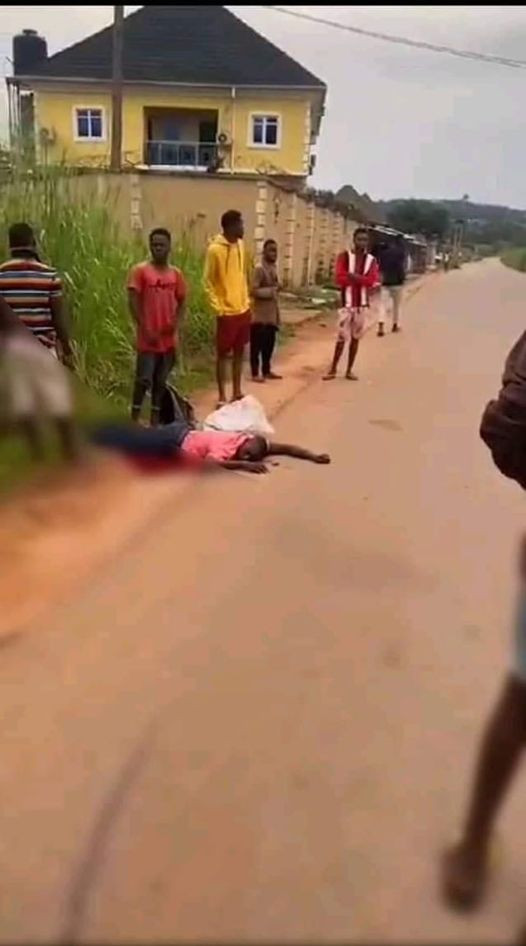 Meanwhile, a friend of the deceased, Uzodimman Obodoamaka, took to his Facebook to mourn him.

“My dear friend, brother and a good customer,late Stephen Ajah,Nwafor igbo,my good friend who was shot straight in the mouth today in agbani Nkanu today early hours by a group of people who were putting on Biafra clothes incribe ipob on it,” he wrote.

“He died instantly,he traveled with some workers to rough a house in Nkanu,they woke up this morning and came outside to brush their teeth,ipob members approach them and asked what they are doing outside,they don’t know that today is sit at home,my friend being the only igbo among was trying to explain to them that they are not far from where they slept, they just came out to brush, suddenly one among them raise his gun and shot him straight in the mouth

“He fell down and died, everyone then took off to their heels,am at his family consoling the family,the mother is shouting rolling on the ground,so many thoughts and question going on my mind on what is happening in the east, you’re looking for Biafra and you’re killing your brothers.hmmm,may GOD help us” 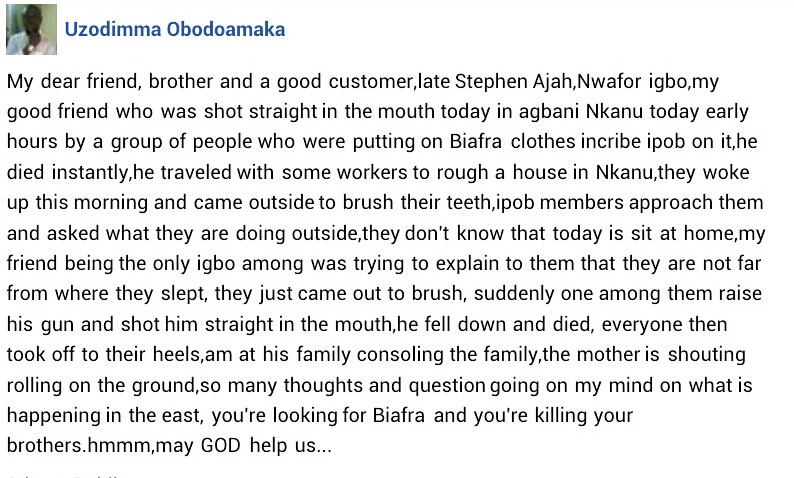 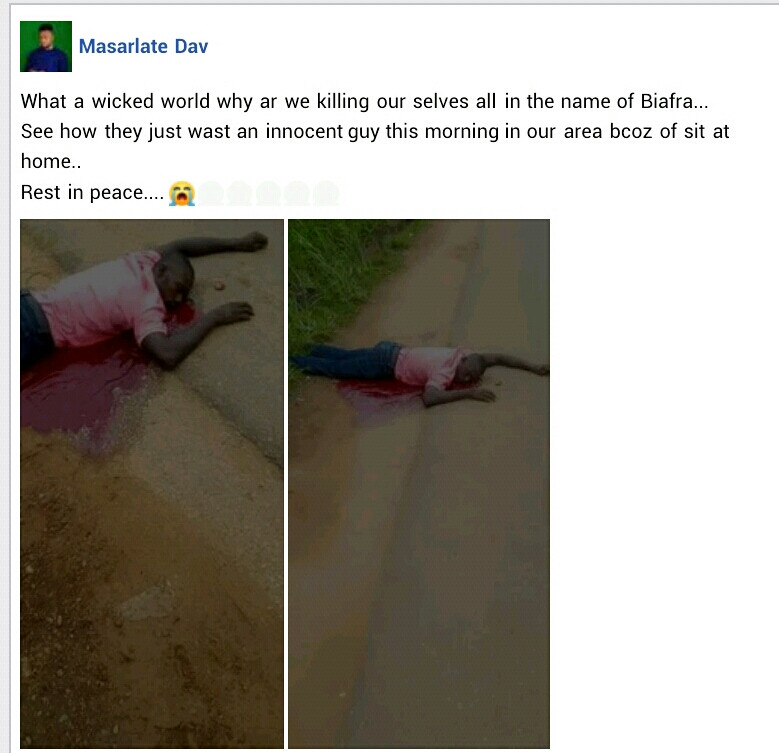