On Monday, November 1st, 2021, a 21-storey building collapsed on Gerard road in the Ikoyi area of Lagos State.

According to reports, the collapsed building left many who were mostly artisans trapped, resulted in the death of some persons while others were, fortunate to be pulled out alive even as rescue efforts continue.

Speaking to newsmen, the National Emergency Management Agency Coordinator for Lagos State, Mr Ibrahim has disclosed that as of the 4th of November, the death toll had climbed from 22 people to 36 with a total of nine people pulled out of the rubbles alive.

However, here are some of the identities of the people who were at the site of the collapsed building on the day of the tragic event.

Some are still trapped as their fate remains unknown, others who narrowly escaped death, came out to tell their story.

Nigerian bricklayer, Innocent Amos Denavide celebrated his victory over death in the Ikoyi building collapse. Amos who’s amongst those to be identified that survived the tragedy recounted how God spared his life. Sharing his story,  Innocent noted that he was working on the 12th floor of the building but stepped out to order for more plaster and sand because they exhausted their supply, when the building came down. 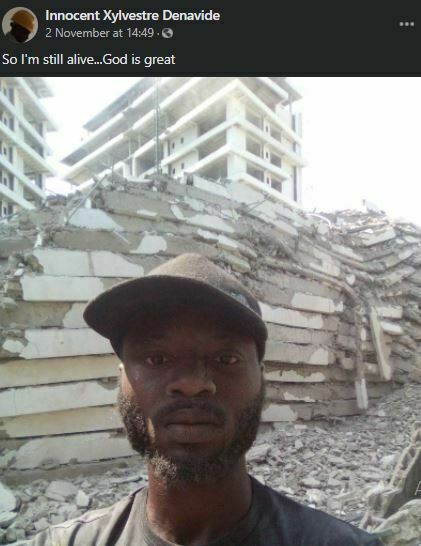 Amongst those trapped inside the rubbles of the collapsed Ikoyi building is 26-year-old newly employed and soon-to-be-bride, Onyinye Enekwe. According to her family and friends who expressed optimism and intensified prayers, Onyinye only recently joined the staff of Four Scores Homes and had gone with the management to the site when the unfortunate event occurred. Despite the odds, her family has pleaded with Nigerians to put Onyinye in prayers. May God bring her out safe and unhurt. 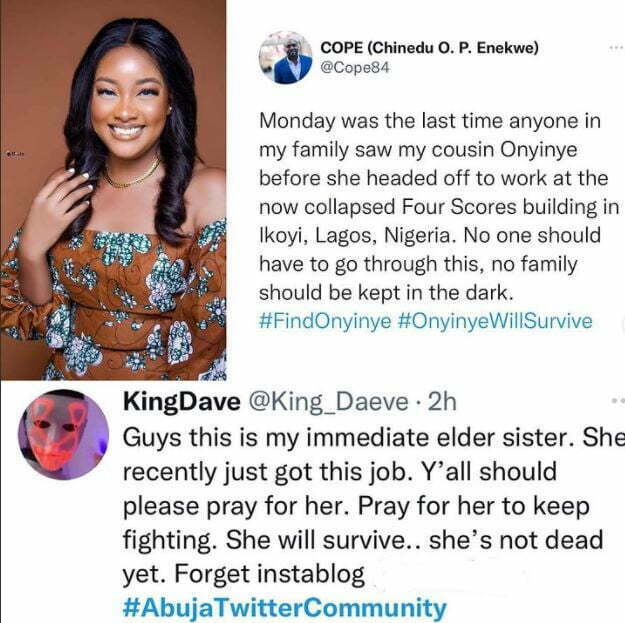 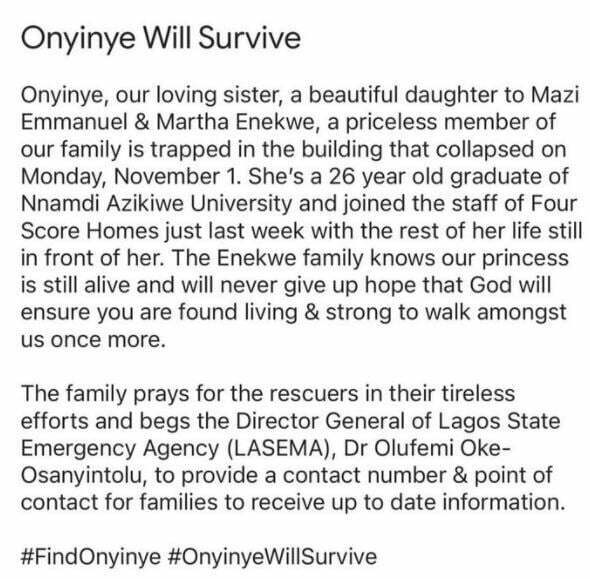 Wale Bob-Oseni, an American- bound real estate dealer and executive director of African Bureau for Legislative Empowerment is amongst those reportedly trapped in the rubbles of collapsed Ikoyi building.

Recall that a driver in a viral video had wept profusely while recalling he was to take his American-bound passenger to the airport before the incident occurred.

Bob Oseni, who’s the passenger, was said to have stopped by to see the owner of  21-storey building, Femi Osibona, his friend and associate when the building collapsed with Bob-Oseni and Osibona suspected to be inside.

Dele Momodu, former presidential candidate and publisher, who was close to both of them, told TheCable on Wednesday that both men were his “aburos” — an affectionate term for younger friends.

See a photo of Bob Oseni below; 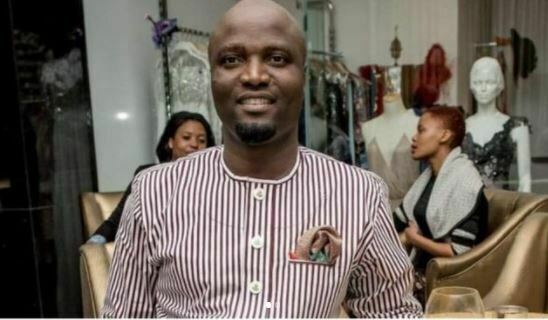 Known as the owner of the 21 storey building that collapsed in Ikoyi, Lagos.  Before the unfortunate event, Femi was said to be on the verge of building the first of its kind luxury apartment in Nigeria.

Unfortunately,  the native of Ikenne, Ogun state and managing director of Fourscore Homes, a real estate development firm is amongst those suspected to be trapped after 48 hours of rescue efforts. 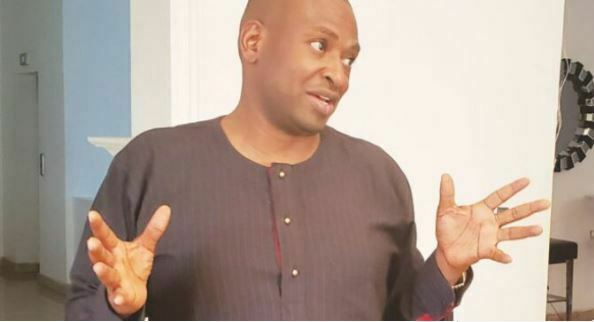 Zainab identified as a 25-year-old female National Youth Service Corps (NYSC) member, is among the victims of the Lagos building collapse which occurred on Monday.

Zainab, according to reports was on internship at Fourscore Homes, the developing company in charge of the collapsed building.  The victim’s mother, who identified as Mrs Anjorin, was told by food vendors that her daughter entered the building after buying lunch, minutes before the incident happened.

Other notable identities are, Ola Ogunfuwa, a pastor with the Redeemed Christian Church of God who was a contractor on the project and had with him  22 other artisans, comprising bricklayers and welders when the high-rise building collapsed.

There is no official figure yet of the number of persons who were in the building before the incident happened but over 50 persons are said to have been trapped.

As of Thursday morning, the death toll of the incident had risen to 36 while nine persons have been rescued.