A writer who had her convocation yesterday, July 6, took to Instagram to claim that she was frustrated by Unilag lecturers because her project topic was on sexual harassment.

She explained that she experienced sexual harassment from a lecturer who then made her get a carryover in his course because she wouldn’t give in to his demands.

For her final year project, she decided to do a project on the MeToo movement and sexual harassment.

She said this was after the BBC Sex For Grade exposé that saw a lecturer of the institution propositioning a prospective student for sex on camera.

She explained that because of her topic, her supervisor frustrated her. She said that she was also frustrated by the male lecturers on her defense panel. She added that those lecturers are notorious in the field.

She said her supervisor had to beg for the men in the panel to let her go and she eventually joined her mates in graduating. 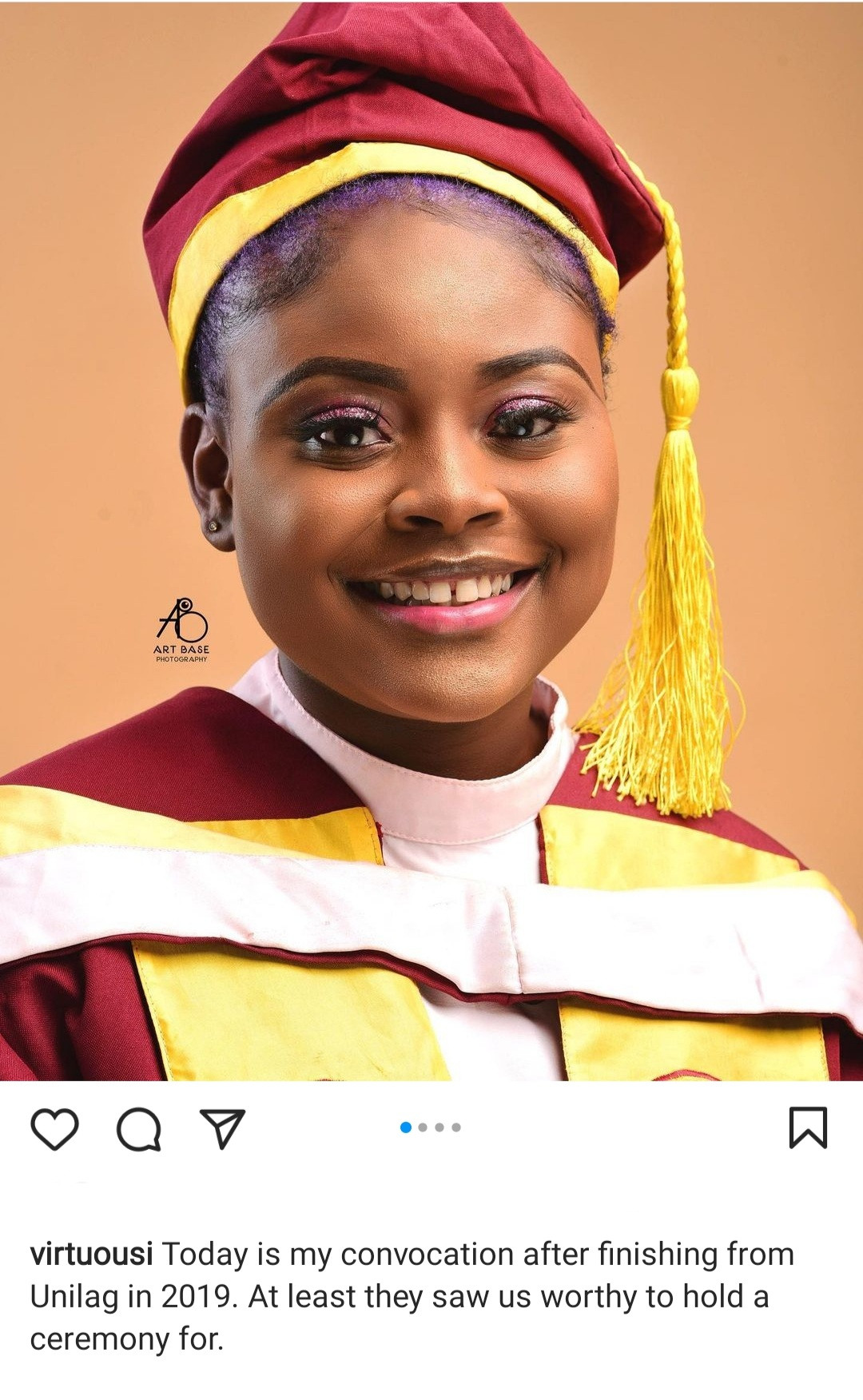 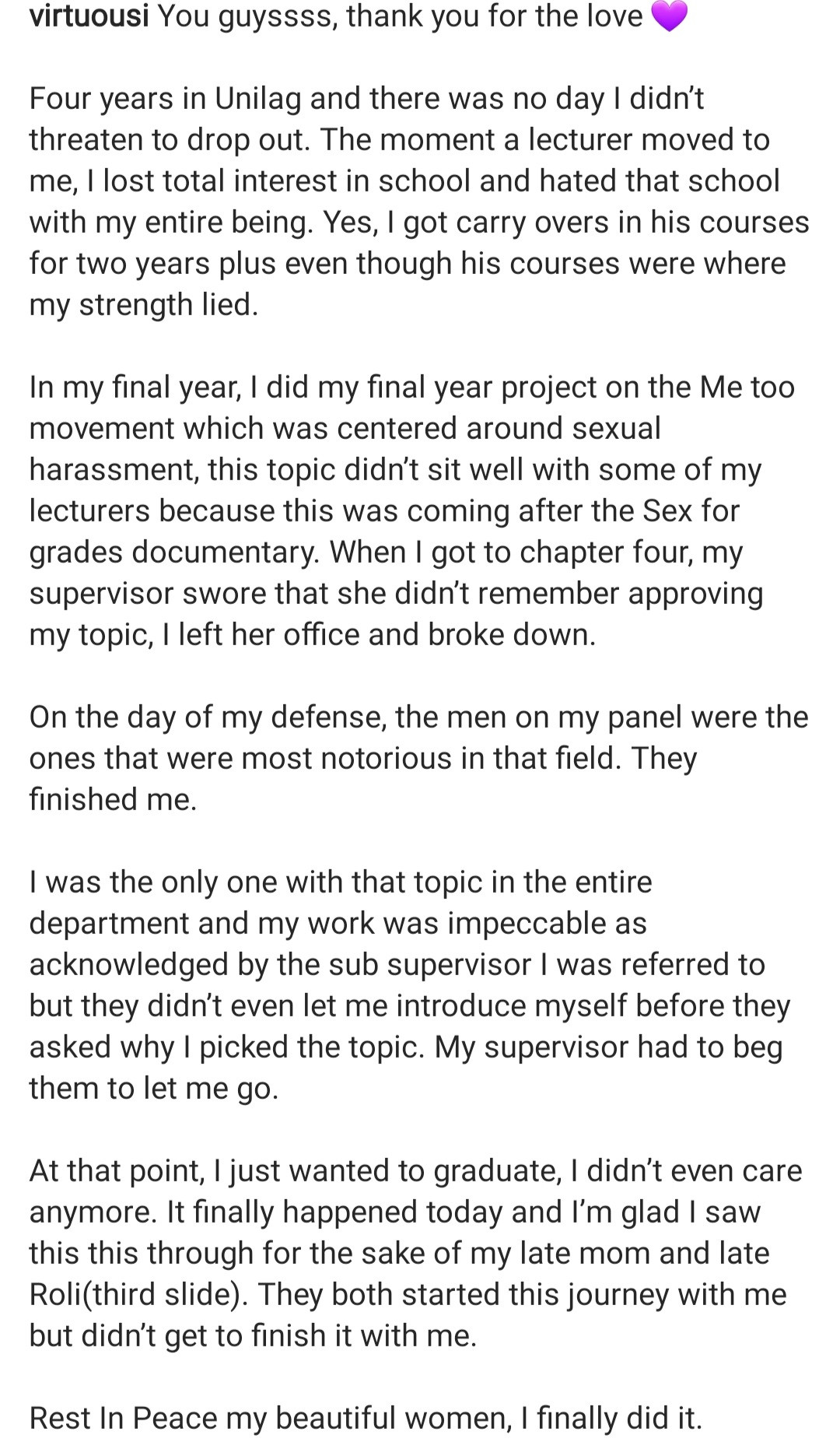