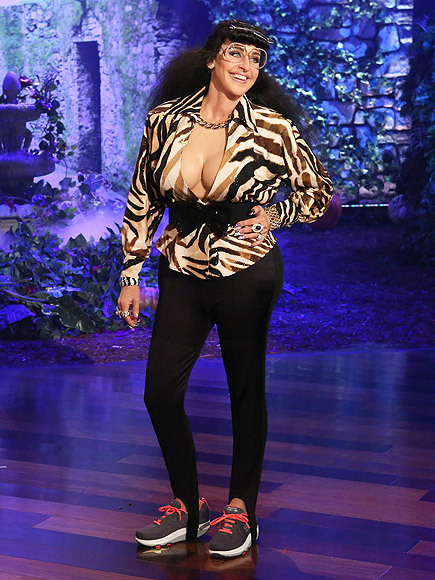 Ellen DeGeneres has revealed her Halloween costume for this year and it’s pretty awesome….and hilarious.

She then reveals that she’s “the lesser known Kardashian sister…that’s Karla Kardashian with a K. Because we’re known for our double K’s.”

While pointing to her bursting cleavage, Ellen cheekily adds: “These are double K’s too by the way.”

Despite Bandits’ Attack, FAAN Say They Will Not Close Kaduna Airport

Despite Bandits’ Attack, FAAN Say They Will Not Close Kaduna Airport

INEC Declines Comment On Alleged Transmission Of Election Results To Its...

ABOUT US
lagoscityreporters.com is a web-based news and entertainment portal established to deliver cutting edge, incisive and knowledge-driven journalism practicelagoscityreporters.com is mandated to drive this vision through online journalism. It aims to be one of the most respected and reliable sources of infotainment online publication out of Africa.
FOLLOW US
© Designed by 9jahost
MORE STORIES

Adeboye At 75: Kunle Ajayi Leads Over 140 Worship Leaders For...

Khloe Returns To Ex-Husband’s Side After Date With Boy Friend, James...