Egypt and Liverpool striker, Mohamed Salah has been given an exclusive private security team while in Kenya ahead of their Africa Cup of Nations qualifying match against Harambee Stars on Thursday, March 5.

Upon arrival, a team bus drove them to Villa Rosa Kempinski, a few metres from the city centre in Nairobi.

But to the surprise of journalists and even other players, immediately Salah came out of the airport to head into the waiting bus, four well built men wearing black suits surrounded him and started protecting him.

The security team didn’t even let the striker take selfies with fans.

According to reports, Salah was  given extra security from the Egyptian Embassy in Kenya.

“Ahead of their trip to Kenya, the national association reached out to the Egyptian Embassy in Kenya and requested to make sure they provide enough security specifically for the player [Salah] and it was granted,” an Egyptian Embassy official told Goal.

“The request we know was only made for Mohamed [Salah], I don’t know about the rest or any other player,” the source further explained.

Egypt sit on top of Group G in the qualifiers with eight points, just ahead of second-placed Comoros on goal difference, and will need just one point from the two remaining encounters to qualify. 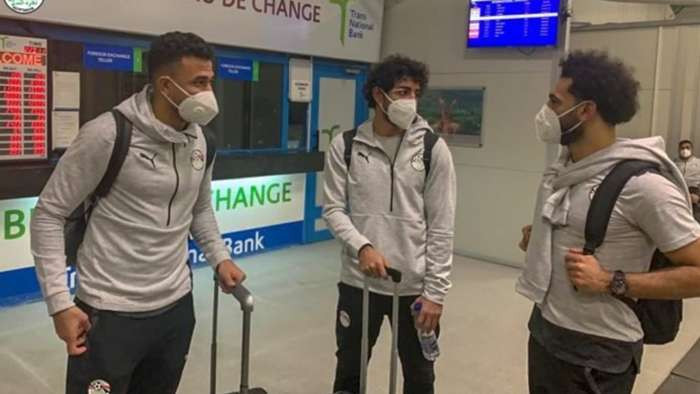 ‘I Will Never Be On Social Media’ – Juventus coach