Five suspected oil thieves were on Tuesday handed over to the Economic and Financial Crimes Commission over illegal dealings in petroleum products suspected to be Automated Gas Oil (AGO). The suspects, Jeffery Adaboke, Ayebaene Kalango, Prince Legbosi, Tega Adade and Ifeanyi Silvanus were arrested on Saturday by officers of the Nigerian Navy in  Port Harcourt around Isaka axis. The officers recovered a Tug Boat PK111, a metal barge laden and the suspected products.

The Commander of the Nigerian Navy in Port Harcourt, E. R. Ekuma, handed over the suspects alongside the Tug Boat and the suspected products to Gidado Musa, an operative of the  Commission for further investigation.

The suspects will be charged to court as soon as the investigation is completed. 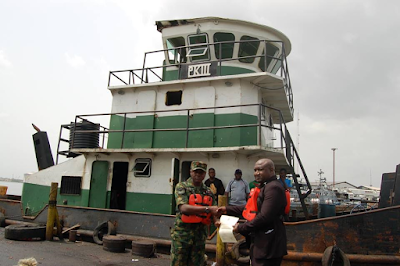 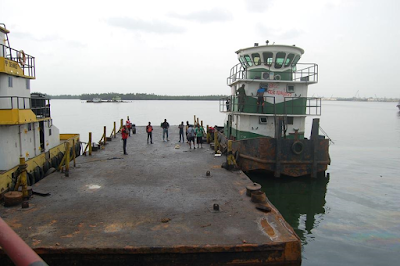 We May Impose 10-Year Travel Ban On Evacuated Nigerians – South...