Duncan Mighty is not done accusing his estranged wife and her family members of making attempts to eliminate him.

Recall that a few months ago, he took to Instagram to allege that his estranged wife Vivien connived with her family members to try to inflict him with an illness through diabolical means just so they can inherit his properties.

He further alleged that he has the “confession” recorded and would release it to the public should she or her family members deny the allegations.

He has now come out to call them out again.

He wrote: “Vivian nwakanma and her family you’ve not started running yet if you like run to the moon the wrath of GOD must hunt you people you poisoned my food and bathing water for 2years and 11months but GOD ALMIGHTY stood by me, if you people have succeded in killing me you would have told the world I died of hard drugs but MERÇY SAID NO. The GOD that saved my life hàs heàled me. Wherever you run to people will still recognize you and call you the murderer that you are. I SHALL RECORVER ALL IN JESUS NAME AMEN.” 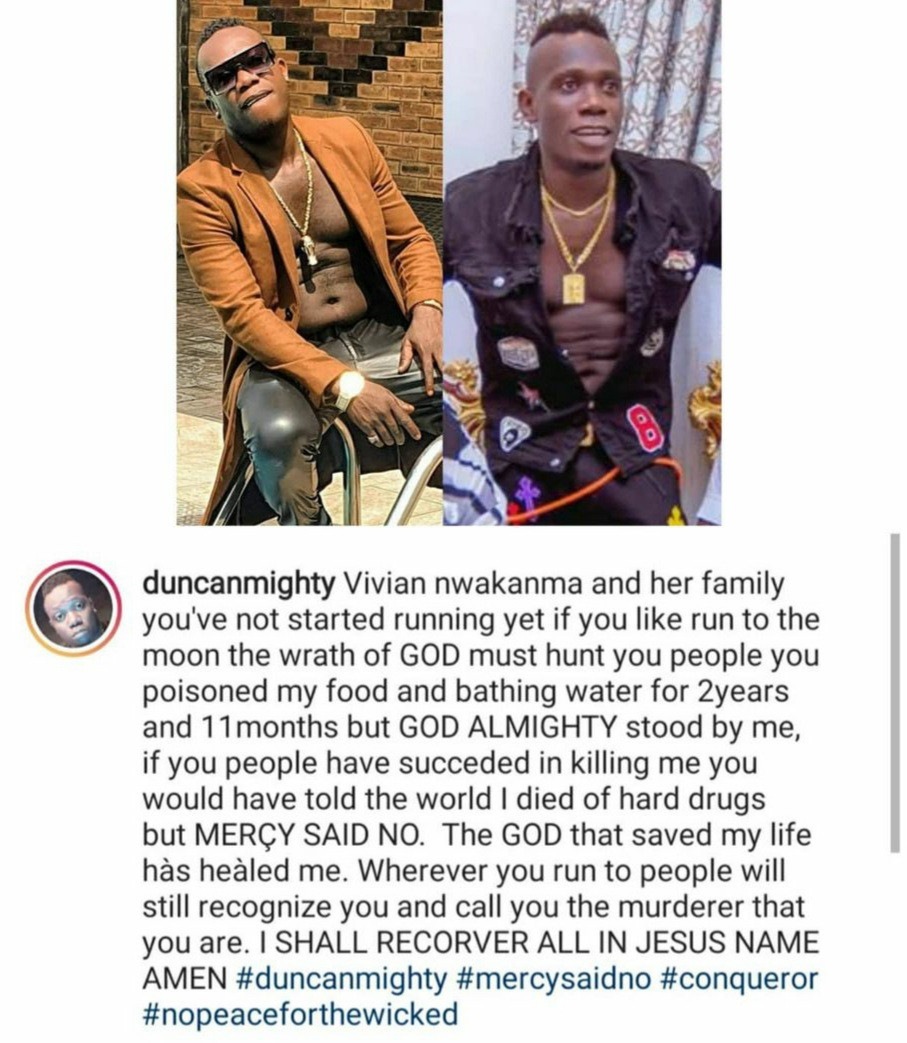