A check revealed that the award-winning singer re-followed Chioma, and the popular chef also followed the father of her son, Ifeanyi.

Recall that the lovers un-followed each other on the social media platform following a reported disagreement which saw their relationship crash.

The development has seen followers and fans of the Afrobeat singer ask the lovers to come back together and tie the knot.

Meanwhile, the ex-lovers have followed each other on Instagram with no reason stated.

This is coming after Davido and Chioma recently dedicated their son, Ifeanyi in one of the branches of the Redeemed Christian Church of God (RCCG). 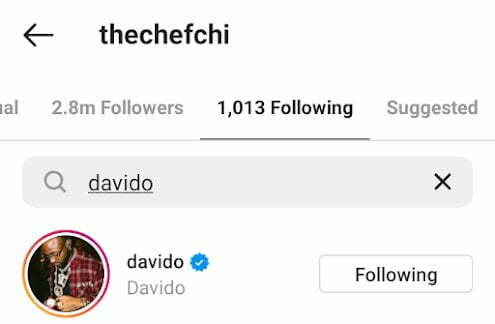 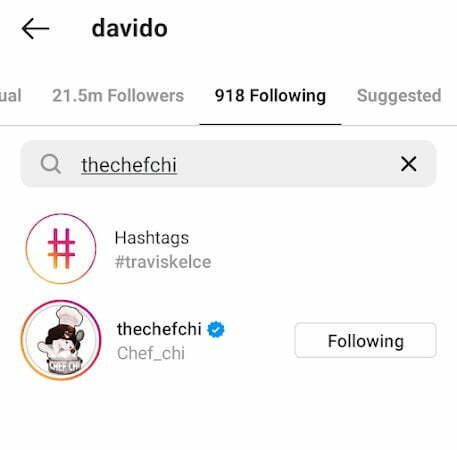 How Woman Died At Our Night Club – Cubana Management

I Never Expected The Amount I Received From My Friends, Fans – Davido Speaks To CNN On N250M Donation