Grammy-winning electronic music duo, Daft Punk have announced that they are breaking up after 28 years.

Daft Punk, comprised of Thomas Bangalter and Guy-Manuel de Homem-Christo, have had major success over the years, winning six Grammy Awards and launching international hits with One More Time, Harder, Better, Faster, Stronger, and Get Lucky.

Their debut release Homework in 1997 featured the chart-topping hits Around the World and Da Funk. 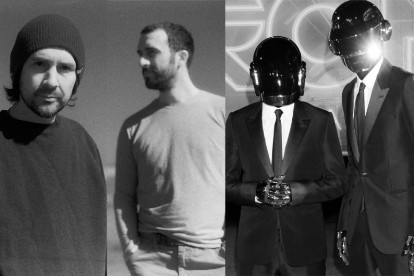 The pair discussed their music style in a rare interview with Interview Magazine in 2001, with Thomas saying: ‘We incorporate a lot of American and English-based influences, but take them completely out of context.

‘The way we listen to Chicago house music, disco, heavy metal or punk is completely artistic, without the political side of it.

‘But then we used it in a political way ourselves, which is making music at home, recycling and by combining those styles at home and doing it in a very new way.’

Video: I Need A Man That Will Marry Me – Actress Eucharia Anunobi

Why I Don’t Want To A Part Of Feminism – Nollywood Actress, Bimbo Akintola