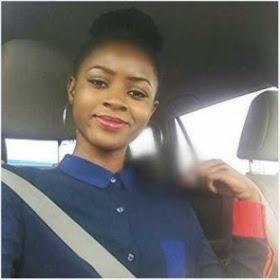 The Vice Chancellor of the University of Lagos, UNILAG, Professor Rahmon Bello stated that the family of late Miss Oluchi Anekwe who was electrocuted by a faulty cable must be compensated by Eko Electricity Distribution Plc, EKEDP.

Bello who spoke during a press briefing at UNILAG’s conference centre said,“The Federal Government panel findings has established that the faulty cable which caused Oluchi’s death belong to EKEDP and they must pay compensation to the family of the deceased.

“EKEDP has put in place an Assurance Policy by an Insurance company whereby a compensation will be paid to family of a deceased in case of lost of life. The Insurance company has been contacted to come and assess the damage and give their recommendations for compensation. As soon as this is done, we will know the amount.’’

Oluchi was 300-Level Accounting student at UNILAG and on Tuesday, September 8, 2015 at about 7pm, an 11 KV overhead transmission cable that belonged to the EKEDP fell and electrocuted her while she was walking.

PFN President Calls For Funding Of Private Universities By TETFUND