Unknown gunmen attacked the country home of Imo state governor, Hope Uzodinma in Omuma in Oru East local government area of the state. The attack happened in the early hours of today April 24. 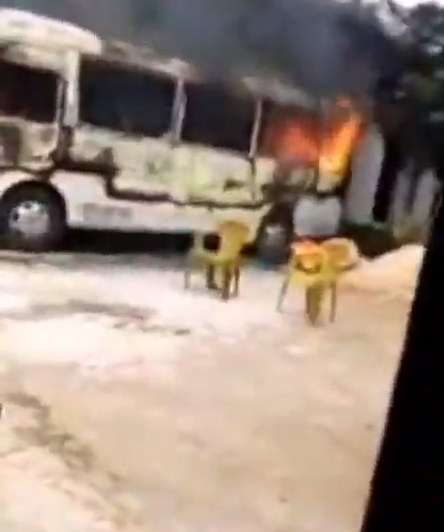 Two of his security aides were killed by the gunmen who also set the building on fire. Cars and other valuables in the building were affected by the ensuing inferno. Efforts are currently being made to stop the fire.

Burna Boys Declaims being A Nigerian Artiste, Says “I Don’t Make My Money From Nigeria”

Sanwo-Olu: How We Are Addressing Lagos Traffic Congestion

It Is Too Risky To Talk About Nigeria, Says Jonathan