Governor Babagana Zulum on Thursday November 4, paid an impromptu visits to some Government healthcare centres, during which he found some officials collecting between N8,000 and N10,000 from patients for services that are meant to be provided free of charge. 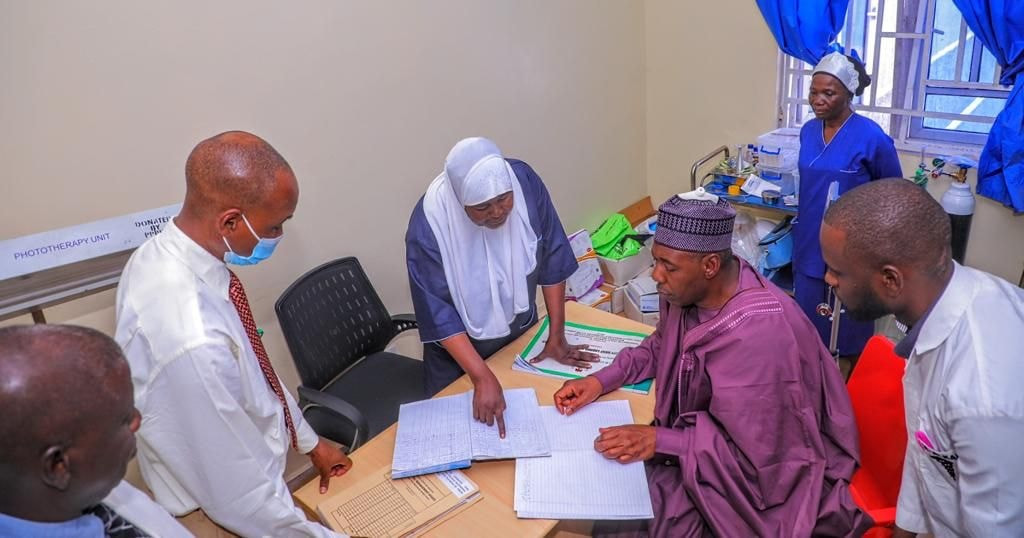 The governor who was displeased by the actions of the medical workers, summoned the State’s Commissioner of Health, Mrs. Juliana Bitrus, and asked her to join him in a 10-seater bus that is usually used for airport services.

The Governor left the Government house around 1:30pm without any convoy and without siren, leaving everyone surprised. 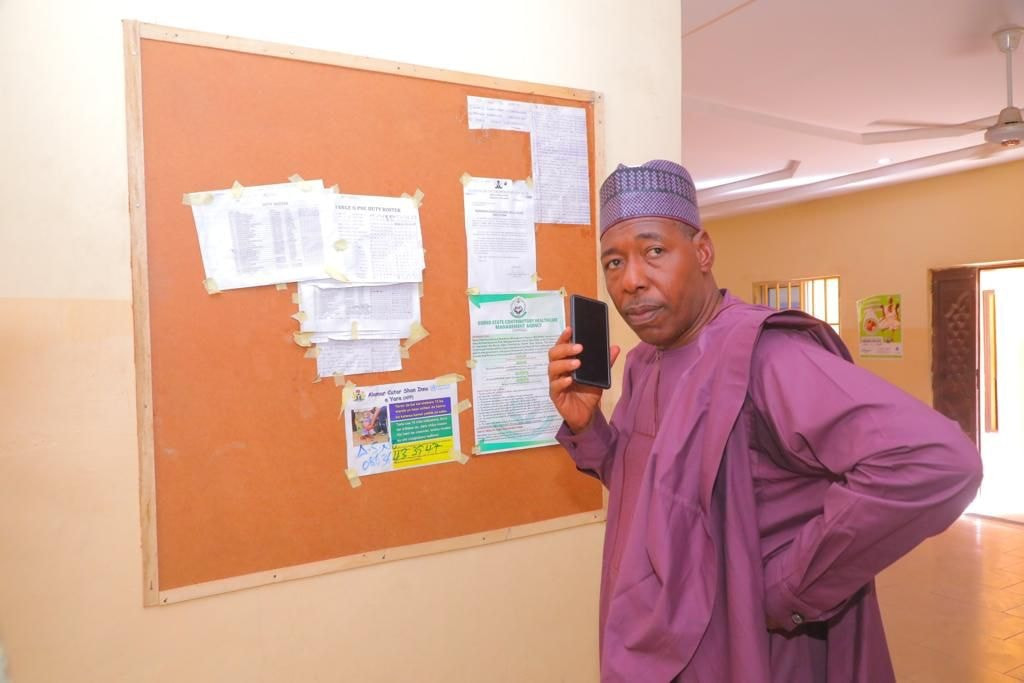 He headed straight to the newly established and fully equipped primary healthcare centre at Gwange II ward in Maiduguri and found that some workers were collecting money before diagnosing and treating patients of common ailments like malaria.

“The staff we met here (at Gwange II, PHC) confirmed that they use to collect between N8,000 to N10,000 from patients to treat malaria. In fact they have turned this Government health centre to a private hospital, and this is why the centre has been deserted by people who mostly do not have the money to access services here. The workers just collect money and put it in their pockets” Zulum said

Zulum was also sad that the same primary healthcare centre had only one medical staff on the ground to attend to patients, despite having 29 health workers on the government payroll.
“You can imagine that at 2:00pm, this primary healthcare centre we built and fully equipped is empty (because of extortion and without medical staff). This level of impunity cannot be tolerated. The earlier we address it, the better for all of us” Governor Zulum queried