Popular crossdresser, Bobrisky has announced that he will be sharing the sum of N3 million cash among diehard fans who dedicated permanent tattoos to him.

In addition to the monetary gift, the brand influencer promised to take a batch of those fans on an all expense paid trip to Dubai, UAE.

So let break it down!!!! Since you all are now much yeah, Money must go round. On saturday i will be sharing N3Million among you all. First batch are going to Dubai to chill this march, wile the next batch will be going next month. 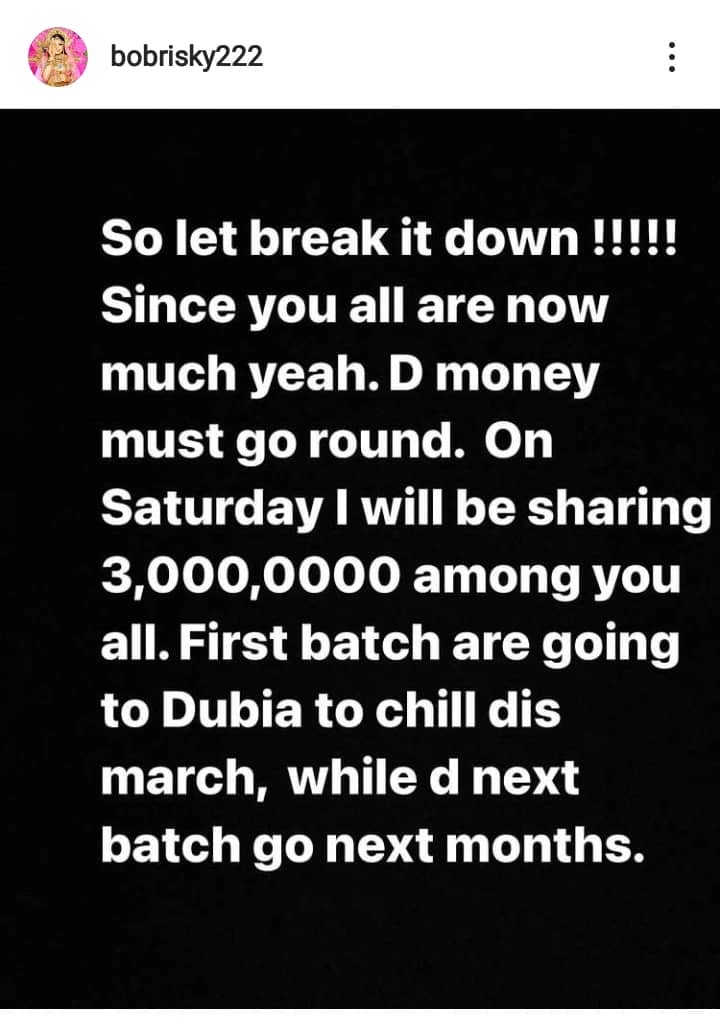 The trend of fans inking the face or name of their favorite celebrities on their skin is not a new concept, it however recently spiked in Nigeria after diehard fans started getting rewarded with huge gifts for their action.

About least 10 people have drawn the face or name of Bobrisky on various parts of their body, and some have gotten financially appreciated for it.

The trend even sparked a feud between Bobrisky and actress, Nkechi Blessing after the latter initially condemned a female fan who tattooed the actress’ name on her body.

With Bobrisky’s announcement, more fans are likely to get tattoos of him in the hope that they will also be considered for the tattoo largesse.

Video: Why I Beat Up My Boss – Woman

Men Are Women’s Major Headache. We Are Happier Without Them –...