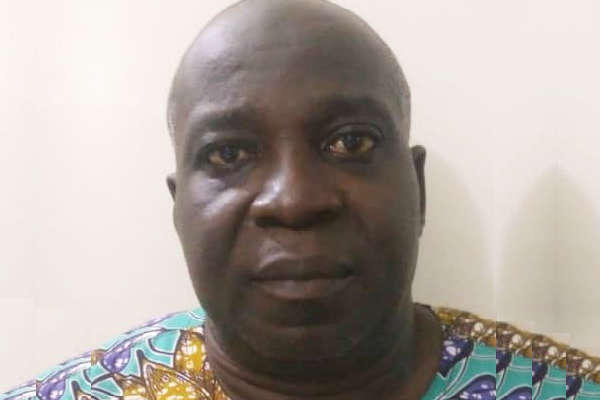 I adapted the title of this article from the play written by Irish writer George Bernard Shaw titled Arms and the Manwhich was about love and war during the Serbo-Bulgarian war in the late nineteenth century.

This article too is about the war which is raging in Nigeria pitting the government forces against the terrorists and insurgents of Boko Haram, bandits and kidnappers especially in the Northwest of the country.

Read Also: Ills Of The Politics Of Religion And Ethnicity In Taraba State, By Iliyasu Gadu

It is also about love, but one lost amongst the various services prosecuting the war and the personnel charged with the task of commanding it.

When the National Security Adviser (NSA) to President Buhari Major General BabaganaMonguno (rtd) granted an interview to the Hausa service of the British Broadcasting Service (BBC) in the course of which he complained that the arms for which the sum of 1.5 billion dollars sourced from the excess crude account were nowhere to be found, the hornet’s nest was stirred.

My initial reaction like many Nigerians was, here we go again; familiar tales of vast sums of money voted to prosecute a very sensitive national defence project going pear shaped.Were Nigerians not outraged by reports of money voted for arms to fight the war in the Northeast being diverted resulting in the blunting of our ability to decisively defeat the threat during the previous administration of PresidentGoodluck Jonathan?Was this not one of the main issues that Nigerians voted president Buhari to office to investigate and sanctions those involved? Did we not hear accounts of how monies were dropped like confetti on anywhere but the battle front where the actual fighting was being done when the investigation got under way leading to the arrest of then NSA, Colonel SamboDasuki (rtd)?

But then I remembered the French saying which goes ‘’the more something changes the more it stays the same’’. Apparently despite all pledges and appearances to the contrary, the old habits are not about to die.

Read Also: Beware Of The Tyranny Of Popular Opinion. By Sam Amadi

General Monguno the NSA is easily one of the most recognisable figures in this administration. If he is not recognisable on account of his visibility as the NSA to President Buhari, his sartorial elegance sticks out unmistakeably. Behind his back in the Nigerian security and intelligence community, he isreferred to in hushed tones as as ‘’dangaye’’ or ‘’dankwambo’’ in Hausa which loosely translates to as the ‘’elegant one’’ in English. His dress sense as well as his love for exotic cars are straight out of the world of British agent 007 James Bond which as the spook he is, is par for the course.

But there was nothing elegant in what he had to say about the missing money and arms.

Although both he and the Presidency issued a rebuttal of the statement he was purported to have made, they needed not have bothered. This clumsy attempt at damage control did not wash on Nigerians. They were not fooled that General Monguno was quoted out of context. From the abundance of the heart, the mouth speaketh. The General was not just saying what was in his mind; he actually meant what he said. This was cream puff plausible deniability.

Read Also: BMW: How Good Can Come From Bad. By Kelechi Deca

Nigerians know for sure that between General Monguno and the former service chiefs there was no love lost. As the chief spook in the Nigerian equivalent of the deep state he is statutorily the coordinator of the entire security and intelligence outfits in the country, a position which accords him direct access to his principal the president. His predecessors as NSA not only played this role they were powerful and influential enough to stamp their authority on the security machinery of the country.

But General Monguno had the tough luck of the presence in the Buhari presidency of the late Abba Kyari who as Chief of Staff ran the presidency as the definitive factotum of the president. General Moguno had his wings in the Buhari presidency clipped by the more powerful and influential late Abba Kyari who not only blocked the general’s direct access to the president, but also undercut his statutory authority over the service chiefsand heads of security and intelligence services.

Read Also: Nsikak Essien In The University Of My Journalism – A 70th Birthday Tribute. By…

The late Abba Kyari pointedly forbade the service chiefs from taking orders from General Monguno or reporting to him as required by the laid down reporting line. It got to a point that the weekly coordination meeting between the NSA and the service chiefs were cancelled.

It was the worst kept secret in the supposedly secretive world of Nigerian security and intelligence community even before it boiled over to the point when General Monguno chafing at the tight leash administered on him had to fire off and made public an incendiary memo of complaint he addressed to the president.

It was intriguing that the principal dramatis personae in this power play, Abba Kyari, Generals Monguno and Buratai the Army Chief were all from Borno state, the epicentre of the Boko Haram war. It was the expectation that as people coming from the same state where the horrors of the war was brought home clearly they will work together to help defeat the insurgents.

What then do we make of General Monguno’s inelegant outburst?

One theory has it that the General got wind of a secret investigation being launched on him and decided to deflect attention from by blurting out. This may sound feasible because it has come to light that indeed one of the associates of the general who it is alleged fronts for him is being investigated over some financial infractions. It has also been reported that the president had blocked a recommendation by the General for the payment of money to a Dubai based firm for arms purchase.

Another is that General Monguno probably wants to get even with the former service chiefs for the slight on him during their tenure now that they are out office. It may also be that the general intends to take the initiative to re-establish the authority he lost during the Abba Kyari years signalling to the new service chiefs not to toe the line of their immediate predecessors.

Read Also: See The 30 Most Expensive Cars In The World

Whatever the case, this is hardly want Nigerians want to hear at this moment when the country is facing a spike in the insecurity ravaging the land. It is certainly not good for the morale of the soldiers fighting the war to hear once again as happened in the previous administration that their superiors have misappropriated the funds meant for purchase of arms to enable them decisively defeat the terrorists.

For General Moguno, as the seasoned spook that he is, he should learn to speak out less and use the discreet channels available to him to air such sensitive views to his principal. As the NSA there is a lot weighing on his shoulders and the last thing he wants is to be cast in the unflattering image of the spy who came in from the cold.

Yes, My 79-Year-Old Mother Was Kidnapped By Ikechukwu Amaechi

What Happened To The $2.1bn Arms Probe aAgainst Dasuki? By Fredrick...