A court in Bangladesh has sentenced five men to death and one to life in jail for hacking a secular blogger to death in 2016  in Dhaka.

Avijit Roy was a US-Bangladeshi who founded Mukto-Mona (“Free Mind”) blog site in 2000 to champion secular and humanist writing in Muslim-majority Bangladesh.

Avijit Roy was attacked with machetes as he left a book fair in Dhaka in February 2015.

The attack was blamed on Islamist militants, who attacked Roy because he was an atheist and his blog posts angered religion fanatics.

“Charges against them were proved beyond any doubt. The court gave them the highest punishment,” public prosecutor Golam Sarwar Khan said after the verdict outside the Special Anti-Terrorism Tribunal in Dhaka on Tuesday, February 16.

Lawyers for the defence plan to appeal. 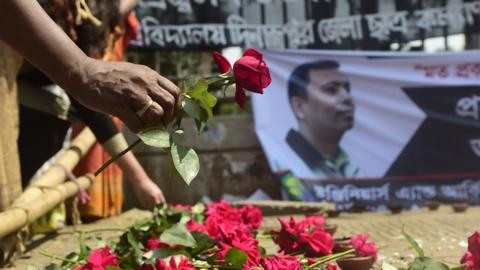 The attack took place as Roy left the Dhaka University campus and his wife Rafida Ahmed who was with him was critically wounded, but survived.

The assault was carried out by a banned group, Ansar al-Islam, which is believed to be linked with al-Qaeda, the court heard.

Two of the group members were tried in absentia, including former army major Syed Ziaul Haque, who is accused of leading the attackers.

He was sentenced to be hanged for murdering Roy, as were four others: Abu Siddique Sohel, Mozammel Hossain, Arafat Rahman and Akram Hossain, who along with Syed Ziaul Haque is still on the run. 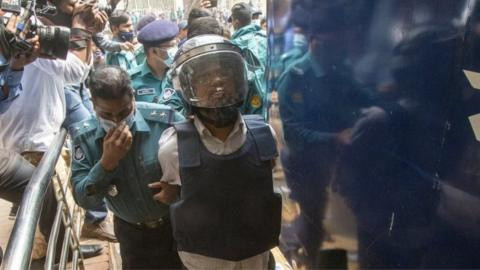 Shafiur Rahman Farabi was given life in jail, while in June 2016 police said they had shot dead the main suspect – a man they named as Sharif – in the killing of Roy in a gun battle near the capital.

Roy’s wife Rafida, who lives in the US, criticised the investigation into her husband’s murder.

“In six years, not one person investigating the case in Bangladesh reached out to me – though I am a direct witness and victim of the attack,” she wrote in a Facebook post.

“Simply prosecuting a few foot-soldiers – and ignoring the rise and roots of extremism – does not mean justice for Avi’s death.”

Series of deadly attacks on bloggers and foreigners took place in Bangladesh between 2013 and 2016, and were blamed on extremists inspired by al-Qaeda and the Islamic State group.

The deadliest attack took place on 1 July 2016, when 20 people were killed by gunmen who stormed the Holey Artisan Bakery in Dhaka.

The café was popular with expats and wealthy locals, and many of the dead were foreigners.

Last week eight men – all said to be members of Ansar al-Islam,  were sentenced to death for murdering publisher Faisal Arefin Dipan.

He was found dead in his office in October 2015, apparently targeted because he had published books by secular writers, two of them by Avijit Roy.